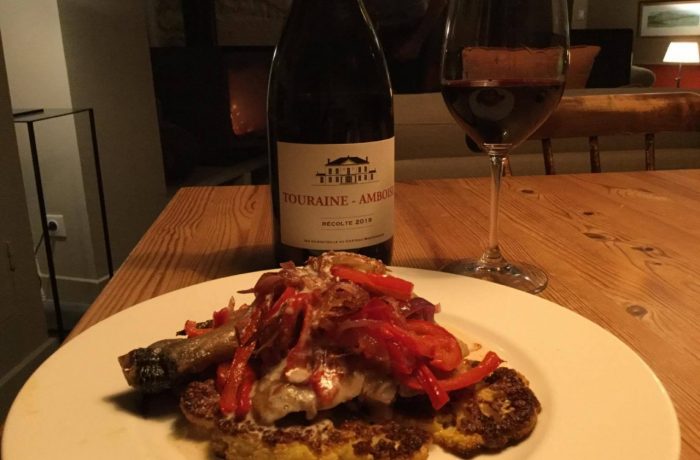 Pinch punch, the first of the month. Happy November!

It rained all night and I woke up at 4am hearing strange noises downstairs. Straining to hear what it was I realised we had had a power cut and it was the printer rebooting and churning over.

I’d planned to go for a walk in the vineyards this morning. Shall I shan’t I? I’ve been really bad on the exercise front recently. I decided to put my ‘gear’ on and if it starts again then I’ll do some yoga or something gentle inside.

During the first confinement I was much more motivated. Mind you, I put on a couple of kilos that I haven’t managed to shift since. Haven’t had the motivation to diet at all. I know I’m not alone. And a couple of niggles have crept in that weren’t there before (an aching knee, a stiff hip).

Don’t worry I’m not going to start giving you the low down on all my ailments but suffice it say I do feel that I’ve aged a bit. I think we all feel a bit like that don’t we? It’s all a bit wearing both mentally and physically.

Well I’m happy to report that I did go out. 2.5km with the wind blowing the drizzle into my face. Felt good to be outside though. And even better after a hot shower and a cup of coffee.

I’m not so happy to report that I feel let down by Sean Connery. Amongst all the various tweets following his death it has come to my attention that he thought it was ok to slap women. Really? Yes. I watched an interview with him on YouTube. It’s there for all to see. When women go on and won’t accept a man’s ‘last word’ then it’s ok to slap them. Only when they deserve it of course. Shame on you James Bond. That’s rather ruined my image of you I’m afraid.

Quick bowl of soup and half an avocado stuffed with tuna mayonnaise for lunch. Oh and just a small glass of wine.

And then a snooze. Well why not? It’s Sunday, I have all the time in the world.

Nigel mentioned to me a couple of days ago that Bigi responded to her owner’s whistle. He saw it for himself. Bigi came running from wherever she was when she heard it. I was just hoping that she didn’t appear from our garden. That would have been a bit embarrassing. We’ve not had any contact since I went into meltdown about Bigi bringing all her kittens over. Don’t let me down on this one Bigi.

Two positive things to report about Bigi. Firstly, her owners have at last had her sterilised (so no worries about more kittens), and secondly, she did seem happy to see her owner. What’s more he made a fuss of her when she came to the whistle. I peeked through the window trying not to be seen.

So, why she spends practically all day either in our garden or sitting on a window ledge pleading to come into our house I’ll never know. That’s cats for you eh?

Caught up with my parents on FaceTime early evening as they count down to lock-down number 2 in the UK. We don’t have much news to exchange but I know they love that fact that they can physically see us. Mum managed to tuck in a haircut this week too so we are all trim and ready to go nowhere.

Rosie was busy baking in Versailles. A rather tasty looking apple and almond cake topped with pecan nuts and crunchy brown sugar. Send some down to us will you? Now what was that I was saying about losing weight…

Dinner this evening was a roast chicken. I popped a lemon and a few cloves of garlic in the cavity, seasoned it well and in the oven it went for about an hour. To serve alongside I roasted some cauliflower ‘steaks’ seasoned and sprinkled with a little turmeric.

In a small pan on the hob I slowly softened a finely sliced red onion and half a pepper in some olive oil and pinch of salt. That went on top of the cauliflower along with a sauce made from a little tahini, water, lemon juice, salt and pepper.

Alongside we drank Chateau de Montdomaine’s Touraine Amboise Malbec 2019. It’s a big wine, truly relective of the sunny hot conditions that we had during the summer. 14% alcohol and bags of ripe plummy, spicy blackberry fruit. Whoever said the Loire can’t do robust reds? Where have they been these past few years?

And to round off the evening, a little Netflix. We watched the first episode of The Queen’s Gambit. We both enjoyed it. Looks like this might be a good little mini-series. I noticed today that quite a few of my friends around the world are enjoying it too.