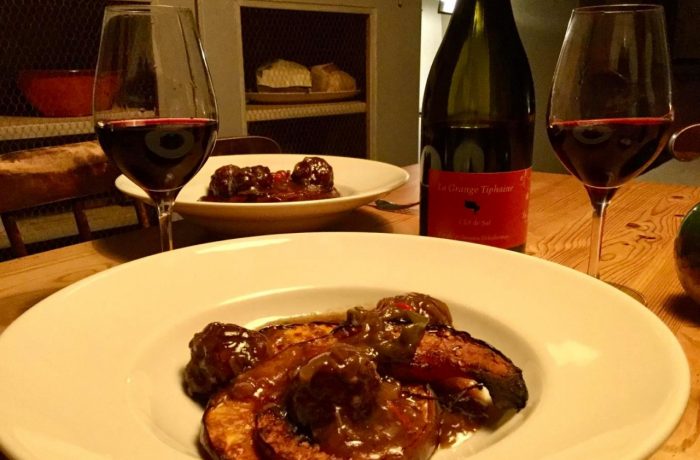 Remember remember the 5th of November. Gunpowder, treason and plot.

Bonfire night is what we used to call it when I was young and we had no idea that it related to political uproar centuries before. It’s true name is Guy Fawkes night.

We’d hope for a cold bright day with a clear night sky. Firework displays in every village, town and city across the country. Children wrapped up in scarves and gloves cradling cups of piping hot soup and teenagers writing their names in the air with sparklers. Bonfire toffee and baked potatoes, all the family out together watching the display.

In the week or two running up to bonfire night we’d often have young people calling at the door asking for a ‘penny for the Guy’ and we’d give them a few coins. What’s a Guy? A guy is a figure that represents Guy Fawkes that is burnt on top of the bonfire on Guy Fawkes night. Often made using old clothes and ladies’ tights stuffed with straw and newspaper and with a balloon covered with papier maché for a head.

It was one of those days everyone would look forward to but it had a dark history that never crossed our minds.

The Gunpowder plot was a group of Catholics under the leadership of Robert Gatesby and Thomas Percy. They decided to blow up the king at the state opening of Parliament on 5th November 1605.

They managed to hide a number of barrels of gunpowder in the cellars under the House of Londs, supervised by Guido (Guy Fawkes) who was an explosives expert.

As the time drew closer, one of the conspirators began to worry about his Catholic friends that might be caught up in the blast so he sent a letter warning them not to attend Parliament on the 5th. The recipent of the letter passed it on and on the 4th November Guy Fawkes was discovered guarding his barrels.

Guy Fawkes was tortured until he revealed the names of his accomplices who were tried, hanged, drawn and quartered.

Our simple bonfire night is in fact a commemoration of the Gunpowder Plot that went wrong.

For me as a child bonfire night was a big affair with a huge fireworks display. Beam that on 35 years and the celebrations my children enjoyed were more simple and less showy. As governments became more and more worried about insurance and health and safety issues, lots of village displays gradually fizzled out. Gone were the days when one or two of the slightly pyromanical Dads would light the fireworks and everyone would stand behind, slightly terrified but excited as the colours lit up the sky.

I wonder if there will be any bonfires and fireworks in the UK tonight?

I remember my Catholic neighbour in France being visibly shocked when I told her we still ‘celebrated’ it in England. To her it was incredibly offensive. To us it was nothing more than a night to look forward to with no religious or political connotations.

Ah the passage of time eh. I wonder what we’ll be thinking about 2020 in a few hundred year’s time ?

Today is writing group day. Of course, we can’t meet in person so we met by Zoom and it was fun. A nice diversion for a couple of hours. There was some initial discussion about the US election before we got down to work but that’s to be expected. Kim’s from New York and Summer’s from California. We wrote a little, read our writings out loud and commented kindly upon each other’s contributions.

I have to admit to looking up the placement of the apostrophe on that last sentence. Should it be each other’s or each others’?

Each other’s is correct. The ‘each’ implies we are talking about a person, a single object or a group of things that can be referred to as a single unit. The word ‘each’ therefore has to be followed by a singular word. If I hadn’t prefixed ‘other’ with each then it could have been in the plural form ie “We need to respect others’ views.”

This is interesting (or not at all depending upon your point of view). As an English person I would have been unable to explain that rule to a French person without looking it up (which I did). We just don’t ‘do’ grammer in the same way in the UK. We don’t know the rules. French people like to know the rules of language and much of their tuition in school revolves around grammar.

I don’t know if that’s a good thing or a bad thing. When it comes to learning a second language, having a basic knowledge of grammar is a useful thing I’d say. Talking to French friends – they tend to disagree. They look back upon stressful English lessons when they had little chance to talk and all the focus was on getting the grammar correct. So, they had the grammar but didn’t have the confidence to speak out unless a sentence was perfectly composed.

Little progress in the US today it seems. Biden seems to be taking a slight lead but postal votes are still being counted. I think they may be in for a bumpy ride over the water.

This evening’s dinner was appropriate. Roasted pumpkin with sausage balls.

I cooked the sausage balls in red wine with onions, garlic, the last of our chillis from the garden (no heat in them at all) and thyme and rubbed the pumpkin with a little oil oil and sprinkled a few chilli flakes and sea salt on before roasting.

We had a glass of rosé (Gamay) from Vincent Giraudon as an apero in front of the fire. Not really rosé weather but it was really delicious. Full of fragrant summer fruit and while dry on the palate it remains gentle and attractive.

With the sausages and pumpkin we served Coralie and Damien Delecheneau’s Clef de Sol 2018. A blend of Malbec and Cabernet Franc, the grapes were handpicked, macerated and fermented using indigenous yeast in concrete tanks.

The wine is then aged in 225L and 400L oak barrels before being bottled after a light filtration.

It’s a baby but a rather delicious one at that. The lovely fruit and fully integrated oak are already very harmonious together and there’s a lovely freshness on the finish that is not always present on 2018 reds. Nice minerality and precision. It will definitely benefit from further ageing.