Life in the Loire on lock-down. 3rd April. Day twenty. 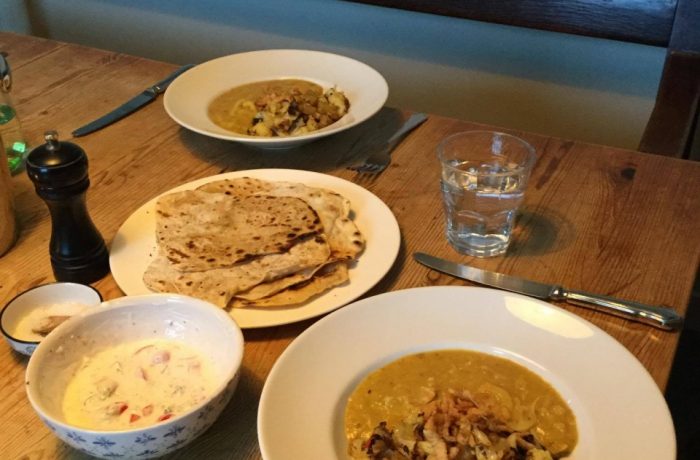 I would make the world’s worst reporter in a time of crisis.

Cathy goes to visit healthcare staff on the front line (she holds back tears), Cathy sees video of same health staff applauding the cleaning staff (starts to well up), Cathy reads report from families with loved ones that have died from the virus (starts to cry). Cathy watches video of everyone clapping at 8pm each night (she’s off again).

I really should restrict the amount of time I spend looking at Social Media.

Mind you this is nothing new. The England team scoring a try in an International rugby match could have me welling up. Watching the Bridges of Madison County gets me every time. I’m a complete embarrassment to my children (oh no Mum’s off again!).

Pesto made a kill this morning. She proudly deposited it by the back door for us to congratulate her (which we did of course!). Poor little mouse. We’re just hoping it’s not Maurice. Maurice comes into the garden shed at night and eats a handful of food that Nigel leaves out for him every day. Nigel thought it looked a bit like Maurice.

Pesto’s friend Bigi came over to play and promptly starting eating Pesto’s kill. Pesto looked on in horror. For those of you that don’t know, Pesto’s Mum was run over by a car when she was just a couple of weeks old. She was hand raised by her Mum Cornflake’s family and so is rather lacking in the killer instinct. She clearly likes to hunt but the thought of eating it afterwards is rather distasteful to her. The food inside is infinitely more tasty but she enjoys the game anyway.

Scrambled eggs on toasted bloomer for lunch today. I’ve finally cracked scrambed eggs (excuse the pun). Melt a decent amount of unsalted butter in a pan, cook them very slowly (stirring constantly) and add a squeeze of lemon juice (apparently that breaks down the protein and gives them a nice texture). Take them off the heat just before you think they’re done and add another good knob of butter. Season well with salt and pepper and there you go. Rich and creamy, today’s batch was particularly golden (I used the organic eggs I picked up from the little épicerie yesterday).

Dramatic scenes in Paris early evening as thousands of Police and Gendarmes block the roads leading out of the city. School holidays in France are staggered and Paris is in zone C, the first region to have its Easter holidays. It seems that our dear Parisien friends don’t quite understand the word ‘confinement’. Confinement doesn’t mean packing up your things and driving down to your holiday home in the countryside or on the coast. There are worries that a mass exit from Paris will take the virus with it to areas less affected up until now. All cars were being checked and attestations studied with big fines being given to those unable to justify leaving town.

Dinner was vegetarien this evening with an Indian theme. I’ve always loved Indian food and used to cook a lot of it when I was in my early twenties and living in London. This was before the world had opened up and all the other types of cuisine (each with their own required spices and ingredients) had come on the scene.

Our next door neighbours in Lincoln (where I spent my early years) were Indian. Both medics, Phool and Avinash came over to study at Oxford in the 60’s and their daughter Amita was my age so I used to go over and play and was often invited to lunch. Phool was (and still is) an amazing cook. I can remember big bowls of daal and fresh cucumber raita, koftas and freshly made chapatis. Her food was very spicy but not hot, and totally delicious.

So cabbage daal it was for us this evening, along with cauliflower and potato curry (aloo gobi), a tomato, spring onion and mint raita and home made chapatis.

Daal is the ultimate comfort food, soft and spicy, rich and flavourful. To make 4 really generous portions you need 200g of red split lentils. Rinse them and put them in a pan with 1.2 litres of water, bring them to the boil, skim off the scum (nice!), add half a teaspoon of turmeric and cook for an hour and a quarter. Keep an eye on the pot, you can partially cover it but be careful it doesn’t boil over (mine did!).

In a separate frying pan while the lentils are cooking, gently heat 5 tablespoons of vegetable oil or ghee. Ghee is clarified butter and you can buy it from speciality shops or on-line but I didn’t have any so I melted about 30g of unsalted butter in a small pan and let the solids drop to the bottom of the pan. I then skimmed off 5 tablespoons from the top leaving the solids behind. I know 5 tablespoons sounds like a lot but it’s this that gives the dish its flavour. It you want a skinny version use less.

Pop a teaspoon of cumin seeds into the butter and when they start to pop add 4 cloves of finely chopped garlic, one fresh red chilli finely chopped and about 225g of finely shredded white cabbage. Fry until the onion has softened and the cabbage has started to go brown at the edges then remove from the heat, add a teaspoon of sea salt and put to one side.

4 cloves of chopped garlic might seem like a lot too. Personally I love a really garlicky daal but if you are not so keen then use less (although it will have less flavour).

When the lentils are cooked (they look like a soup with no sign of individual lentils to see), add one chopped tomato or use a quarter of a tin (I did) and a teaspoon of grated fresh ginger. Stir that for a couple of minutes and then add the cabbage and onion mixture together with any oil in the pan. Scrape out every little bit – this is your flavour!

Gently reheat until the cabbage and onion mixture is heated through. I took inspiration from a recipe on Smitten Kitchen although I think it originally comes from the legendary Madhur Jaffrey.

You can serve it with basmati rice or make some chapatis. We eat a lot of rice so chapatis made a nice change.

We drank a bottle of Côtcôt Codette 2018 from Chateau de Nitray just down the road. A soft and juicy Malbec that was a great match. Very low levels of sulphur at bottling allowed it to retain all the ripe fruit and rich spice.