Frost damage in the Loire 2017 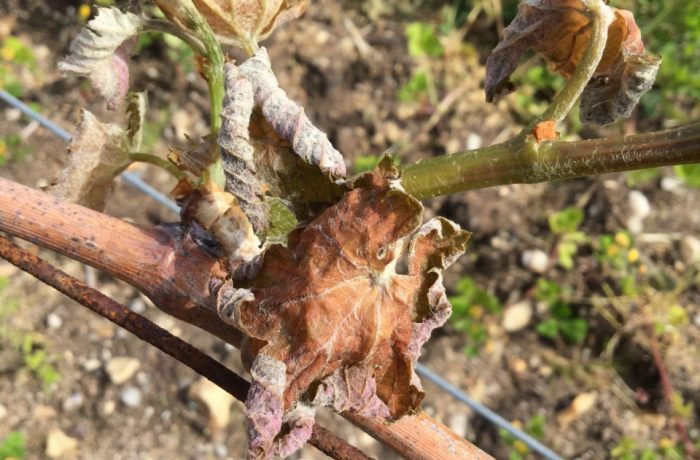 Sadly I have to report that after an extraordinarily difficult year in 2016 due to frost, the Loire has yet again been hit hard in 2017. The damage is widespread and in many areas worse than last year due to the very early budburst and the fact that in many areas, the secondary bud has already shown itself making the chances of recovery very slim.

This year, Muscadet, Anjou, Savennieres, Chinon, Montlouis and Touraine have taken a big hit. The 2016 frost of 27th April mobilised growers and many new preventative measures were taken this year including the installation of hot air turbines, pumping water from the river Vienne in Chinon and getting out the helicopters in Montlouis-sur-Loire. Unfortunately, the cold spell hit twice this year around the 20th 21st April and then again the week after around the 26th, 27th and 28th. Growers are exhausted and their vineyards stripped of a potential harvest once again.

It’s difficult to assess exactly the amount of damage done but it will be severe and crippling for those growers who are relatively new to the business. The best insurance the growers have is stock in the cellar and of course, only those who are more established are in a position to call upon older stocks to support the lack of income these past 2 years. 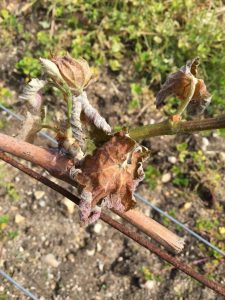 We are not alone in the Loire and our thoughts go to all the growers in Europe that have been affected.  Vineyards in Bordeaux, Burgundy, Jura, Savoie and the Languedoc in France as well as growers in Austria, Germany and Switzerland have all been hit this year.

For further information on individual regions in the Loire check out the Wine Doctor’s reports here and a report in Le Point (in French) here.