What’s going on in the Loire Valley vineyards in July? 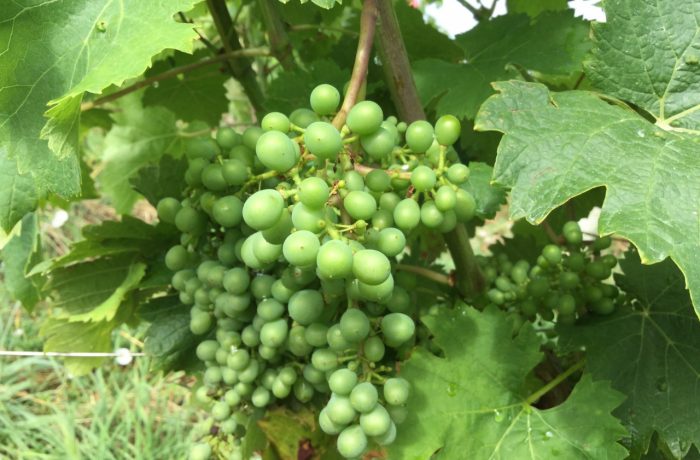 After incredible amounts of rain in June, the hot weather finally settled in the Loire and has continued for most of the month. While this has taken the pressure off growers a little who have been struggling with getting out to treat for mildew, the damage has already been done, particularly for organic growers.

Talking to Gerard Marula recently he was telling us that while his vineyards on the right bank of the Vienne, planted on slopes with free draining soils, have not been ravaged by mildew, those on the left bank, on flatter terrain with clay based soils, have been very badly affected. He estimates a loss of around 50% in these parcels. He, like other growers in the past 2 years, has been badly affected by frost for 4 years out of the last 7. Last year he bought in grapes from the Languedoc and made an easy drinking Merlot (not a grape permitted here in the Loire), in order to keep afloat. Other growers in the Loire also bought grapes from elsewhere and vinified atypical wines to make up for the huge shortfall of stock.

Of course, while hot, dry weather is welcome, we could do with a little rain at this point. Cabernet Franc in particular suffers from water stress and has a tendency to shut down, blocking maturity if it has insufficient water.

The hail storms that came with the hot weather have not affected growers here in the Loire unlike in Champagne, Cognac, Bordeaux and the South of France. The last time we had severe hail damage was in 2013 when the Vouvray vineyards perched upon the plateau above the village of Vouvray were decimated in just half an hour in late June. Hail damage is very localised, strikes from nowhere and can happen at any time right up until harvest.

It looks like we are in for another early harvest. Growers are cleaning and prepping their wineries for an early start again and trying to get themselves organised before everyone goes off on holiday in August (as is the French way!). Perhaps we should stop describing it as an ‘early’ harvest as this seems to be the norm these past 5 years or so. A reminder of climatic change that is very evident in weather patterns here and around the world.