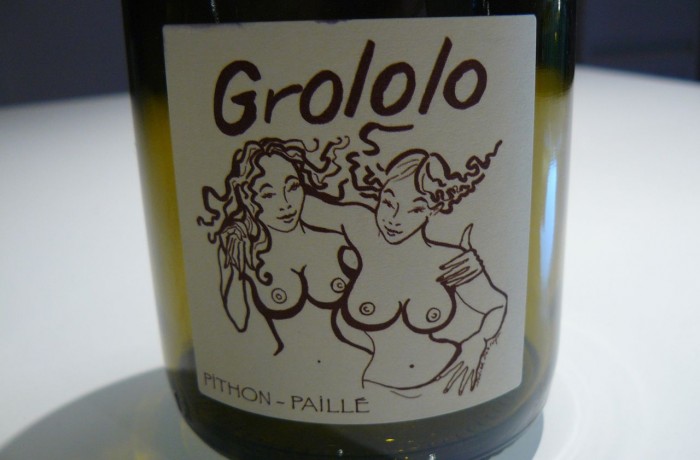 Made by Anjou producer Pithon-Paillé, Grololo is a fun wine that uses a play on words (Grololo means big boobs in French and the grape variety used is the Grolleau). Originally produced as a wine to be shared among family and friends during harvest time it doesn’t take itself too seriously. It’s a well made, fruity, peppery red that is food friendly and easy drinking.  We enjoyed a bottle last night with bavette, buttery new potatoes and some pan fried fennel.

The Grolleau grape variety is widely planted in Anjou and is primarily used for making rosé  so it’s unusual to find a Grolleau red. As a grape variety it has suffered from a bad reputation due to the often uninteresting wines primarily coming under the Rosé d’Anjou appellation where it is commonly blended with Gamay to produce rather sweet quaffable wines.

This is a red wine and is not entitled to AOC so is sold as a Vin de France.  Don’t let this stop you from trying it.  We love all the wines from Pithon-Paillé and this is no exception.  Packed full of blackberry fruit and pepper, it has a slightly gamey note that we find in a lot of their reds.  It’s savoury and tasty and is great with a bit of beef.