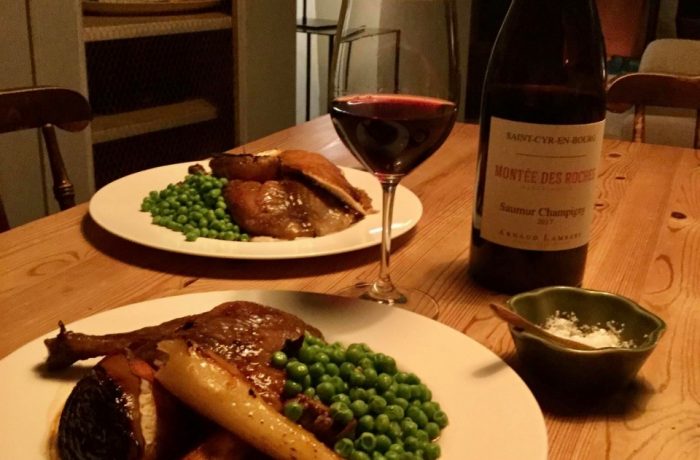 I try to be generous with my mince pies, spreading the British cheer around me here in France (much to the bafflement of the French).

I’m on the third batch since December 1st. So far my self control is in order, although I did have one for breakfast today with a coffee. Nigel is starting to look suspicious when I start assembling them neatly on a plate and disappearing out the door with them to spread the joy of this essential Chritmas treat (for the English anyway!).

This week I found myself watching a live auction of post war contemporary art at Sotheby’s in Hong Kong and New York. It was fascinating. So measured and controlled. Rows of people in masks on telephones representing buyers from all over the world ready to pay million of dollars for a piece of art.

An Andy Warhol dollar sign was sold for a mere half a million. Other works of art for 22 million, 42 million. I sat transfixed as the auctioneer brought down the gavel.

My Dad’s an auctioneer. In his early days when there was still a cattle market in Lincoln he used to sell cattle, later on in his career he used to sell the occasional horse and after that he dealt with house contents auctions. For about 1O or so years he also organised a large wine auction. It was his love of wine that inspired me to take the career path I eventually chose.

We weren’t a horsey family but once a year we all used to go to the races at Towester. Dad was in charge of selling the horse that won ‘the selling plate’ a horse race in which the winner must be put up for auction.

It was a good day out. We’d put on our smart gear, have a whisky mac to warm our cockles and place a small bet on each race. We’d study the horses and try to pick the winners. Most of the time we lost our money but just once in a while we’d win a few pounds and I remember the exhiliration when the horse we’d chosen came over the line first.

I don’t think we ever saw the horse that won the selling plate be sold. Dad would come up to the rostrum and start the bidding but it was invariably bought back in by the owner.

The house contents auctions were rather different. Often the result of a death, a wide range of items were put under the hammer and Dad would recognise local dealers and characters that came to search for some undiscovered bargain amongst the mixed boxes of old cutlery, silverware, jewellery and kitchen equipment. They were quite fun affairs and he would coax the locals into bidding.

The wine auctions were different again. Dad worked in collaberation with a large wine merchant in London and purchased several hundred cases which he then sold at auction every year at the Lincolnshire showground.

He’d hold a big tasting of the wines on sale prior to the auction and then they would go under the hammer. Each wine had an agreed reserve price and it was up to Dad to sell them at the best price he could. It took months to organise and gave him a lot of pleasure combining his passion with his profession.

My second job in the wine trade in London was with the company that supplied the wine for the auctions. I joined at a turbulent period in the company’s history when it was merging with several others. It was chaotic and it was my job to make sure the delivery of wine for the auction arrived on time (one of the final auctions Dad held).

Of course, you know what happened don’t you? The year his daughter made the arrangements, the wine wasn’t delivered. He had to sell the wine unseen and undelivered and spent the next few weeks driving it around the whole of Lincolnshire to the people who had purchased it.

It was after working at this company that I came out from behind the desk and started as a trainee sales rep for Grant’s of St James’s. Being out in the field suited me much better. It didn’t feel like ‘selling’ because I was passionate about the product.

Anyway, we’ve had some lovely dinners this week. A homemade burger with salad and chips (yes, chips, Nigel made them and I just couldn’t resist them on this occasion) with the lovely silky Touraine Amboise Malbec from Fred Plou down the road.

Crispy belly pork with navets and mustard greens served with Arnaud Lambert’s Coulée de St Cyr (not the best pairing, my fault not taking my own advice).

But – the pièce de résistance this week was last night’s roast guinea fowl with roast parsnips, peas and bread sauce. Arnaud’s Saumur Champigny was a practically perfect pairing. The glorious Cabernet Franc with its lovely fruit, medium tannins and fresh acidity just sung with the bird. A heavenly match.