Life in the Loire after lock-down. 21st May. Day 11 of déconfinement. 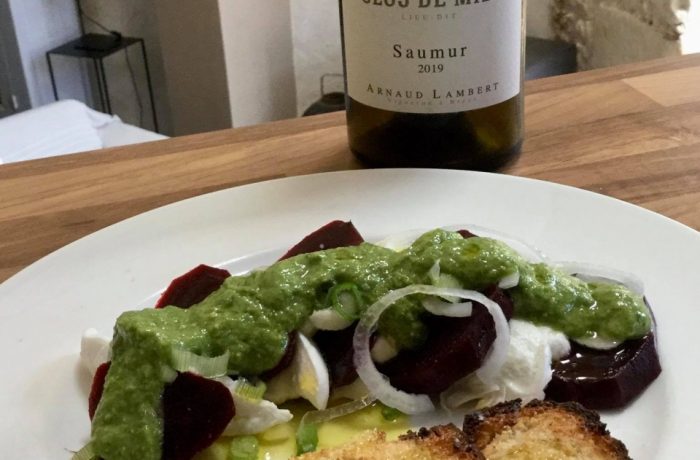 Another first this year. Breakfast in the garden. The weather was warm enough at half past eight to sit outside and enjoy our toast, coffee and orange juice in the early morning sunshine. Lovely!

That’s it. The brioche brick has gone in the bin. There are only so many days when you can eat the same thing with a coffee and today, we called it a day.

It will be some time before I try again. At least I have a better recipe tucked away thanks to Kathryn Gordon. She sent me the recipe from the boulanger in Angers that makes the candied orange brioche I was trying to recreate. The actual one. The method is quite different to the one I used (no surprise there then!).

It’s Ascension today. A jour ferié. A national holiday. Traditionally, French workers ‘faire le pont’ which is a polite way of saying that they don’t go to work on Friday either ‘making a convenient bridge’ and creating a 4 day holiday from Wednesday evening until Monday morning.

French police have carried out 200,000 road stops since the lock-down was eased checking that people weren’t exceeding the 100km limit on travel. Around 1000 have been fined already – a warning for those French families that normally head off to the coast or to their second homes.

Travel beyond 100km is only permitted if it is ‘essential’. Heading to the beach for the holiday weekend does not come under the heading of essential. The worry is of course that large groups of people will gather and social distancing will go out of the window.

Good news! The paint that we ordered weeks ago has finally been delivered. That means a trip to the little paint shop in Tours to pick it up. Something to celebrate. It means that Nigel can resume painting the spare bedroom (not that anyone is coming to stay in it anytime soon but, pays to have it looking nice anyway).

Scratching our heads for lunch today. Public holidays catch us out. Holidays here in France aren’t the same as those in England and 14 years later, they still take us by surprise, normally when things in the fridge are low and there is no chance of getting provisions anywhere else.

So I created a simple salad using the one large beetroot that I had, a ball of buffalo mozarella, some fresh spring onions and the last of the radish leaf pesto that I made last Saturday (that I loosened with a little olive oil and white wine vinegar).

A slice of sourdough toast, rubbed with garlic and drizzled with olive oil and that was it. One small glass of Arnaud Lambert’s lovely fresh Clos de Midi from our favourite Saumur spot, Bréze and we were set.

Colour is so important in food isn’t it. The contrast of deep purple beetroot with creamy white cheese and vibrant green pesto. The charred almost black edges of the sourdough, glistening with shiny oil. A slick of herby olive oil on the plate.

The temperature really rose during the afternoon. Hovering around 30°C at 5pm (86°F), it was too hot outside so we closed the doors and read for a while in the Salon which is always cool as it’s half built into the limestone hillside.

Dinner this evening was a tasty melange of lots of things left over in the fridge. A while ago I bought a Saucisse de Morteau if you remember, to make a lunch with grilled leeks and a mustard sauce. It’s a cured sausage so lasts well and half was left so I cooked it with Puy lentils.

I fried an onion gently in a teeny bit of olive oil, added a couple of cloves of garlic and the rest of the mini carrots along with some smoked lardons. I added 150g of Puy lentils (that I had brought to the boil in water, drained and rinsed) and a large sprig of Rosemary. I cut the Morteau sausage into large rings and popped that in and then simmered everything for half an hour until the lentils were cooked but firm.

I removed about 3 tablespoons of lentils and a little cooking juice and blitzed them to a smooth purée and then added a few knobs of unsalted butter to give a creamy sauce that I then added back to the pot.

We had some vine tomatoes so I roasted a few of them topped with a generous sprinkling of herby breadcrumbs that I keep in the freezer, a little chopped garlic and a drizzle of oil.

Traditionally this dish would be served with lashings of Dijon mustard – a lovely contrast to the earthy lentils and smoky sausage. With no Dijon in the cupboard I turned to grain mustard. There was only a little in the pot so I loosened it with a little cream and water to make a pourable sauce.

It wasn’t the most beautiful dish to look at in the bowl. The tomatoes lifted the colour and the sauce provided contrast. We let it cool to room temperature before enjoying it in the garden with a glass of Vau Jaumier St Nicolas de Bourgueil, Cabernet Franc.

After dinner we took a late walk up to the vineyards. Our neighbour Thierry Cosme was out checking on his new plantation of young vines and Muchel Autran was returning from his vines, riding on an old piece of machinery. One super organic holisitic grower, and one more conventional working side by side in the same appellation. Both working hard. Both working late.