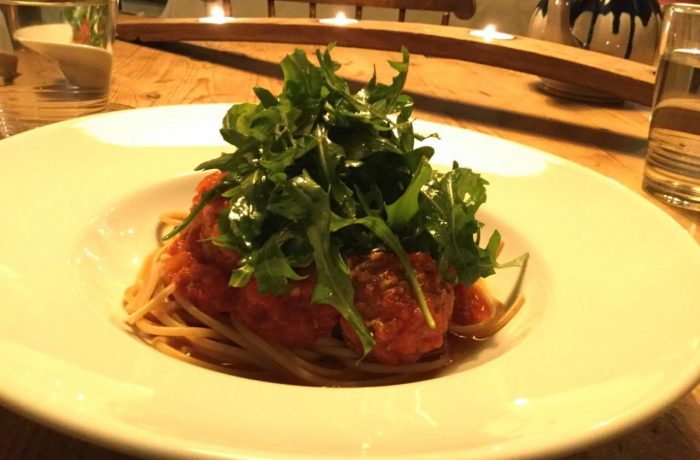 There was a kerfuffle outside this morning as we woke up. I could hear voices so went to the window to see what was happening. A local winemaker (who will remain nameless) was standing in the road directing a large tractor with a rotavator on the back. On the right hand side our neighbour’s neatly parked immaculate cream electric Zoe. You get the picture.

Along comes another man. There is much discussion between them. Hands on hips. Puffing of cheeks. Sucking of teeth and muttering ensues. The winemaker keeps looking in our neighbour’s window and ringing the bell on the outside garden gate.

Eventually our neighbour comes out looking half asleep. More discussion ensues. He takes photos of his wall. They must have damaged it we think. It’s so tempting to go down and join in. This is the most exciting thing that has happened in days. We decide not to be the nosy neighbours and resolve to wait until we go out later to check out the damage surrepticiously later on.

He moves his car and goes back to bed. What drama to start the day.

The prefecture of Indre et Loire has imposed further restrictions on our movements. Too many people have been taking the children out for a bike ride, going to the park, walking along the river banks to get some exercise.

We are now excluded from going to any of these places. No walks in public parks, playgrounds, country paths or riverside tracks from now on. We are supposed to stay within 500m of our home.

This is a big blow as I’ve been able to go out for a walk through the vineyards every day which has been great to clear my head and take some exercise. What’s more I never pass a soul. Ok, I wave at the odd vigneron pruning his vines but he/she is normally at least 100m away from me. Still, I understand that there can’t be a rule for one and not for another.

This is really serious now!

I can’t quite believe the adverse reaction in the UK to closing down pubs as if it was the end of the world and an abuse of liberty. What on earth are they talking about? And elderly people in the UK still going about their daily life with a ‘I came through the war attititude. This isn’t going to stop me’. Get inside you stupid people.

Nigel is still decorating. This morning he stepped in the paint tray and it flipped completely over splashing paint everywhere but where he wanted it. Just like when you drop a piece of toast. It always lands butter side down doesn’t it?

We felt in need of comfort food this evening so I made some meatballs that I served with wholemeal spaghetti andf a pile of lightly dressed roquette.

For the meatballs I gently fried an onion and 2 cloves of finely chopped garlic in a little olive oil until soft.

I put two big handfuls of breadcrumbs in a bowl and sprinkled over a tablespoon of milk and let that absorb for a few minutes before adding the cooled onion and garlic, half a teaspoon of chilli flakes, a teaspoon of dried oregano, 350g of minced beef (5% fat), one egg, about a teaspoon of sea salt and a few grinds of black pepper.

I mixed everything up with my hands and then formed it into balls. I made 13 in total which I put on a plate and put in the fridge for half an hour while I preheated the oven to 200°C. I then popped them in the oven on a greaseproof lined baking tray for about 15 minutes turning them once so they got some colour.

In a separate pan I fried another onion with 2 cloves of garlic, added 1 tablespoon of tomato purée and 2 tins of chopped tomatoes. I added about 20g of butter, salt and pepper and then simmered gently for half an hour.

When the meatballs came out of the oven I put them in with the tomato sauce and simmered them on a very low heat for about an hour. This gives the sauce a lovely meaty flavour

Our wine of choice for the evening was Damien and Coralie Delecheneau’s Clef de Sol 2018. A blend of Côt (Malbec) and Cabernet France this wine is not really ready for dinking but it was still delicious. It has a lovely freshness on the palate that is not always present on the reds from the 18 vintage. The tannins are quite pronounced at the moment (normal) and the spicey fruit is lovely. It went well with the dish but will be even better with a little time.

The vines for this wine are 60 years old and the grapes macerated and fermented in concrete tanks using indigenous yeast. The wine is then aged in oak barrels (225L and 400L) with no racking and a very light filtration before bottling.