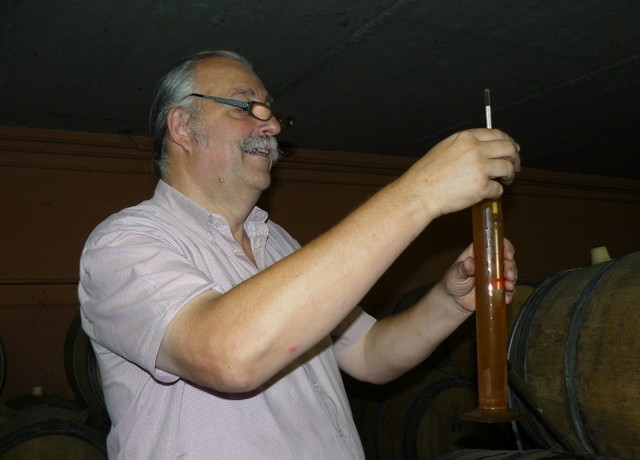 We haven’t caught up with Eddy Oosterlink-Bracke and his lovely wife Mileine for a while so it was good to taste with them yesterday at the Renaissance des Appellations in Angers.

Like many others, Eddy and Mileine had a complicated 2016 bringing in around 30% less than normal and with average yields not exceeding around 30hl/ha you can easily see that this is significant for them. 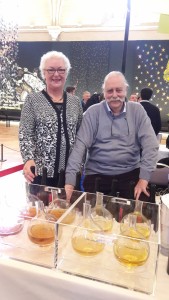 Eddy has expanded his range of dry wines to include La Jarre de Juchepie – a Chenin literally fermented in a huge jar. With notes of apple compote and plum skins it’s pretty evolved on the palate and is very much a ‘natural’ wine. He also has another dry wine called Le Paradis which goes into top quality new oak barrels. This has loads of smoky notes and loads of citrus notes with a remarkable texture.

Our favourites yesterday were however, his 2 sweet wines, Les Churelles 2015 and La Passion 2010.  In previous years we’ve not been a huge fan of Les Churelles but this 2015 is absolutely spot on. With 18 months in barrique it was tasting beautiful. Hints of apricot kernels, citrus, a touch of barley sugar and with gorgeous acidity, you would never guess it has 85g of residual sugar. La Passion has always been a big favourite of ours and this 2010 has everything you could wish for in a sweet wine.  Layers and layers of exotic aromas from macerated raisins and caramel to black tea, ginger and spice. A truly delightful wine.  How anyone can say they don’t like sweet wine I don’t know.