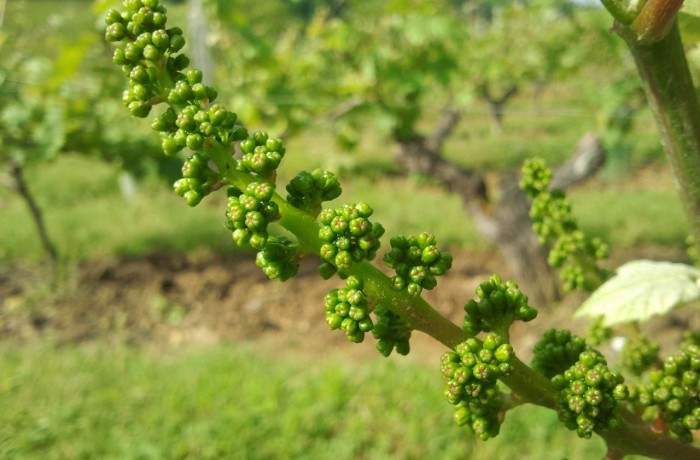 Three photos taken at roughly the same time showing Cabernet Franc development in Anjou. It’s interesting to see how the vintage year has such an impact upon vine development. In 2011 the vines sprung into action early and by the end of May they were in full flower.  In 2012 you can see that the vines have not reached that point and this year we are even further behind with the lack of sunshine throughout May.  We count 100 days from flowering to harvest so it looks like we’ll be picking considerably later this year. 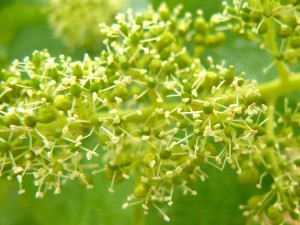 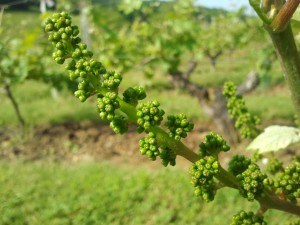 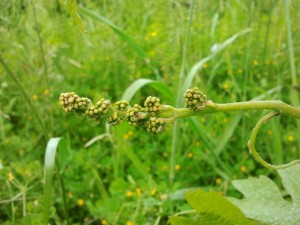