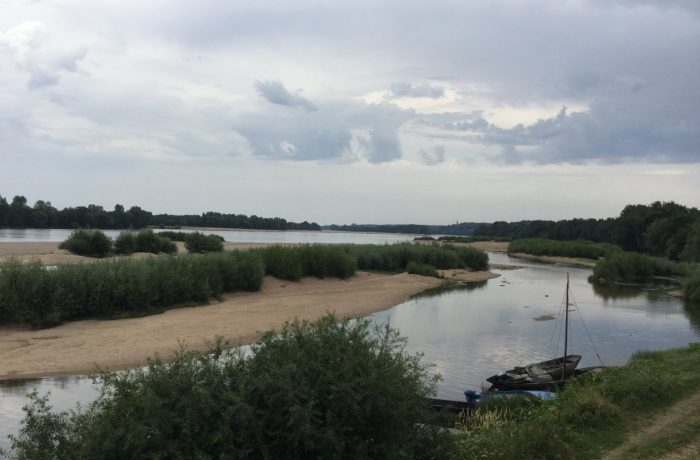 I don’t think I’ve ever seen the Loire so low in the 11 years that we’ve lived here. It was pretty low in 2011 but I don’t think it’s been this low.  The landscape as you walk along the riverside in Le Thoureil always changes with the seasons and the strong current of the river carves out new sandbanks that become covered with vegetation. These sandbanks become small islands providing new nesting places for the large population of Terns that make the Loire their home.

It looks like you could walk from one side to another.  Not a wise thing to do as the low levels of water can be deceiving and what on the face of it appears to be a sandbank covered with a couple of centimetres of water can actually be a dangerous thing to stand on. The Loire’s current carves out deep shelves under the water and the level can change from a few centimetres to a few metres in a moment.