What’s going on the Loire valley vineyards in June? 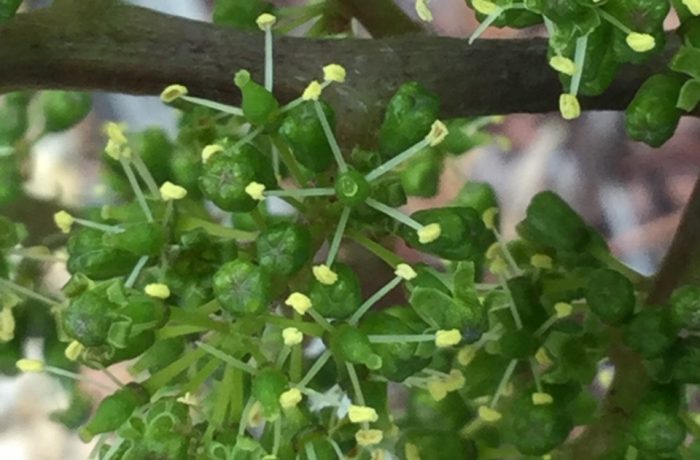 Well, what a month we’ve had since I last reported from the Loire valley vineyards. Huge amounts of rain during the first 2 weeks of June caused chaos around the region. On the 11th June Amboise had 80mm of rain in just 2 hours. That’s 2 months of rain in one go and something that has not been seen for many years in the region. Vouvray suffered huge damage with water draining off the vineyard plateau and down into the town destroying roads as it went. Here in Anjou, St Aubin de Luigné was flooded and growers around the region were feeling exasperated as vineyards became mud baths making it impossible to get on and treat the vines for downy mildew. 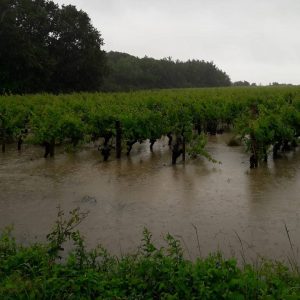 The weather was extraordinary with sunny days being brought to an abrupt end as black clouds gathered and huge storms followed. We had some hail here in the Loire but thankfully no damage to vineyards unlike other vine growing regions of France right at the end of May (Cognac, Bordeaux, Champagne). And of course it’s not just vineyards that suffer from hail damage, the cherry crop in the south of France was practically decimated this year. 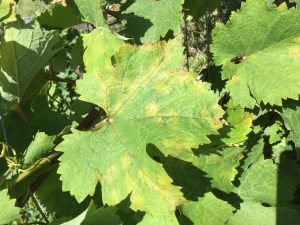 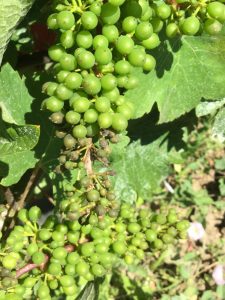 Mildew in the forming bunches

We visited Chateau de Breuil with clients on the 9th of June and David Wigan was telling us the local organic growers were seriously considering going to the prefecture to ask for a special derogation to treat the vineyards using helicopters. Fortunately, the weather dried out sufficiently for them to get the tractors out between the rows. 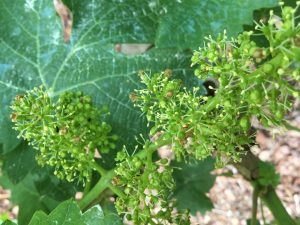 Flowering in the grapevine

Flowering started at the end of May in Chinon, St Nicolas de Bourgueil and Saumur Champigny and a little bit later in Anjou (which is normal). Unfortunately, rain during this stage of the vine’s lifecycle is not good news as it makes for uneven fruit set and fewer seeds developing in the individual berries which leads to smaller berries and loss of volume. It also has an impact upon the following year as sunny weather is preferable during ‘floral initiation’ a stage that determines volume and quality the year after.

We are now reaching the point where the tiny berries look like teeny little peas and the next stage is when they close up and form what will become the bunches. 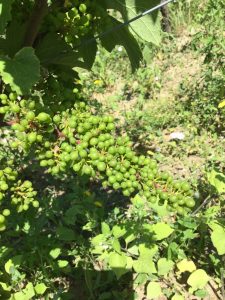 The forecast for the next couple of weeks is for fairly hot weather  26- 30 °C and some storms. Fingers crossed no hail accompanies the storms. Growers have tucked the vines in between the foliage wires now and some have already topped them (taken off the tops of the shoots) to maintain a regular canopy height. Soils will take a while to recover from the tremendous amounts of rain.