What’s been going on in the Loire valley vineyards in November? 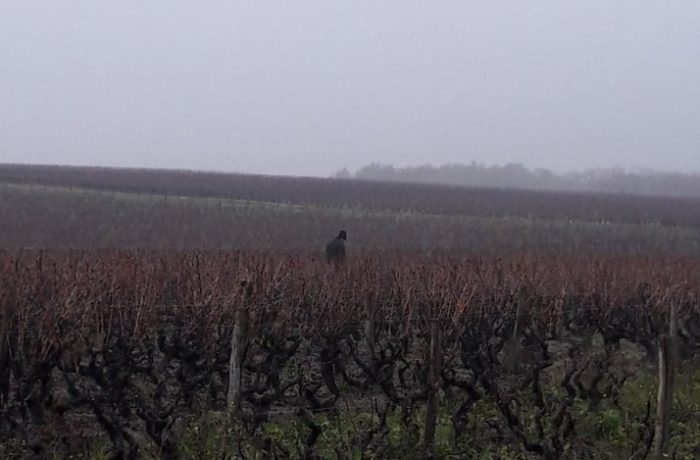 November is generally a quiet time in the vineyards although those that have a big area to prune sometimes start at this time of year. Most small growers will wait until after Christmas as it’s good for the vines to have time to rest after what has been a spectacularly dry season.

The leaves are still hanging on as we’ve yet to have a really sharp frost and the Vouvray landscape around us is pretty with the yellowy golden tones stretching for miles. It’s been windy for the past couple of days so that will soon change.

We’ve seen a few growers removing dead or diseased vines and some replacing posts and repairing the wires that form the trellis to support the vines.

After a year dominated by its lack of rain, this past month has seen days and days of wet. We needed it badly and have been lucky not to have experienced the flooding that has occurred down in the south of France.

November sees people revving up for Christmas. When the fermentations are secure in the winery, many take the opportunity to travel abroad and do in-store tastings, dinners and promotions around the world.

As November comes to and end we are also seeing the ‘Portes Ouvertes’ starting here in the Loire. These open days are jolly affairs with the chance to taste the wines of one domaine (or several – they often invite winemaker friends from other areas to attend). As well as tasting the wines which are available at very competitive prices, there are normally other stalls selling local cheeses, pâtés, jams and all manner of local products. It’s a good opportunity to buy Christmas gifts for the foodies in your family.

This weekend we went to see Michel Autran and La Table Rouge in our village and next weekend it’s the turn of Vincent Carême and La Grange Tiphaine.