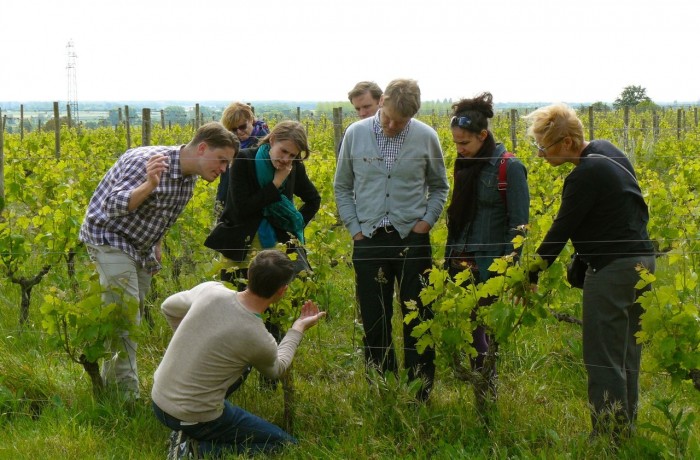 Vines bear fruit on one year old wood. A cane from the previous year is chosen to carry the fruit for this year and the cane is trimmed back to leave a certain number of ‘nodes’. More than one shoot can come from each node and often they are badly placed and would increase yield to a level the grower doesn’t want. These excess shoots are removed which also clears the canopy to allow adequate airflow and reduce the possibility of disease.

Epamprage is the removal of shoots that appear on old wood. These shoots will not bear fruit and may appear around the head of the vine, on the trunk or around the base. This is how you say it:

They use up energy and sap that drains the plant and so are best removed. It’s possible to do this mechanically or using chemicals but in organic production this is prohibited so will be done by hand using secateurs or a special tool specially adapted for the job. In some situations one of these shoots may be left when a grower wishes to lower the height of the vine. In this case the shoot would form the new cane the following year.

If at all possible it’s best to have the person who pruned the vines doing the ébourgeonnage and épamprage. Why? Because they already have a knowledge of the vines and are better placed to make the right decision – remove or leave the shoot.