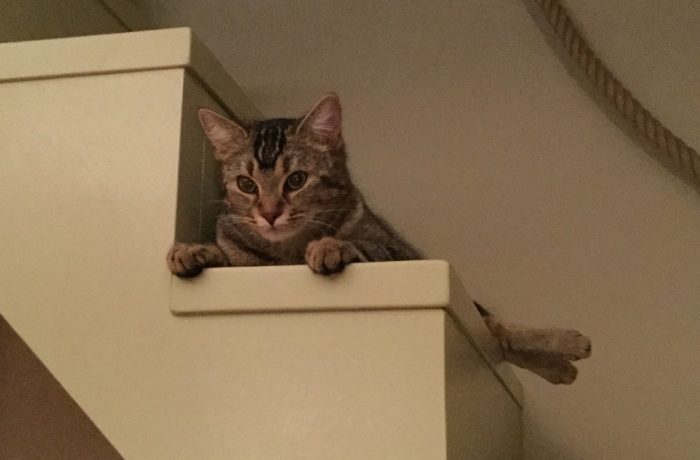 Many of you will remember our beautiful chocolate lab Sybil, who sadly had to be put down a year ago after a long struggle with displasia.

We decided not to replace her with another young bouncy lab as the demands on our time during the season would have made it difficult. We resolved ourselves to being a home without a pet for the time being.

Last August, a tiny stray kitten came bounding into our garden.  For the following couple of months she would spend a few days with us, then disappear. We wondered if she had a second home somewhere but then she decided to stay and we decided that it was a rather good idea.

So, here we are. Twiglet chose us and she is giving us huge pleasure.  I was always rather anti cat, thinking that they don’t give much back (with no foundation at all).  How wrong could I be.  She is a character and already very much part of our home.

No doubt she’ll be making herself known during tastings this season and for many seasons to come.