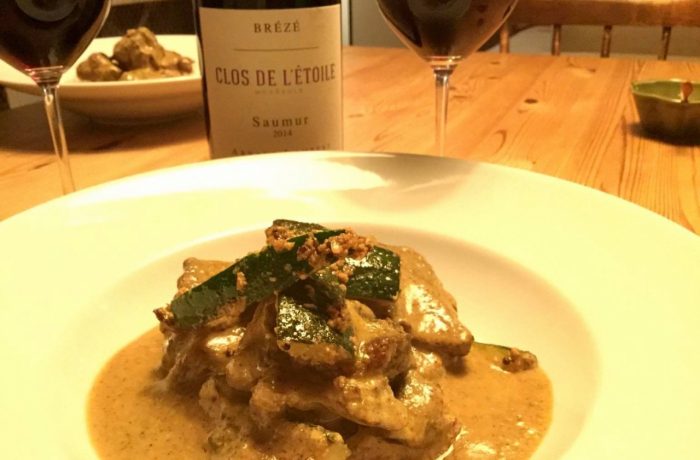 Remembrance Day. Originally called Armistice Day to commemorate the armistice agreement signed at 11 o’clock on the 11th of November.

It’s a jour ferié here today (public holiday or bank holiday as we’d call it in the UK) so all the shops (that are allowed to be open) will be closed and businesses too. You’d think that we’d have logged these days in our head by now after nearly 15 years of living in France but no – they still take us by surprise.

Nigel lept out of bed early this morning and I could hear him busying himself downstairs doing something. Half an hour later I appeared to see him looking mightly pleased with himself. We’d forgotten to put the bins out last night and bin day is Wednesday. Good job. Well remembered.

Not quite so well remembered actually. Today is a public holiday as I just mentioned. No bins will be collected today. Back inside for a cuppa.

I spent this afternoon translating my English tasting notes back into French for the Christmas case. Not often I have to do it that way round. Tasting notes can be quite different in the different languages and food and wine pairing suggestions are of course quite different. It’s no good suggesting a wine to go with raspberry trifle in French and in the same way it’s not sensible to recommend a wine to go with oysters in English.

Our food cultures at Christmas time are quite different. The French tend to eat lots of foie gras, loads of seafood, often lamb but also boned rolled stuffed birds (guinea fowl and capon are popular). Of course there will be a cheese course and then a traditional buche (Christmas log) for dessert. This is quite different to the tradtional English roast with all the trimmings followed by Christmas pudding. Christmas pudding remains a mystery to the French as do mince pies.

Food and wine pairing recommendations have to be country specific. I won’t be talking about matching one of the wines with a turkey curry made with the Christmas leftovers for the French….but the English would relate to that straight away.

This evening we sat and watched the French Armistice ceremony followed by the ‘entrée de Maurice Genevoix au Panthéon’.

In the 5th arrondissement of Paris with its Roman pillars and towering spire, the Panthéon is hard to miss. It was initially designed as a church but changed direction after the French Revolution when it became a place to honour those who had passed away fighting and, the great ‘men’ of France. Yes great men. No great woman was buried in the Panthéon until 1995 when Marie Curie was allowed in its hallowed halls.

Many famous French literary figures are among its residents. Victor Hugo, Alexandre Dumas, Voltaire and Emile Zola to name but a few. It also houses a stunning art collection.

Last night, the remains of Maurice Genevoix were transferred to the Panthéon. Born in 1890 he was a French poet and writer particularly famous for his writings during World War I.

He wrote five memoirs of his time as a front line soldier experiencing the horrors of trench warfare which he later published as a single book ‘Ceux de 14’ (Men of 14).

It’s considered by many to be the best French language literary work to have emerged from the 1914-1918 war drawing comparisons with Ernst Junger or Wilfred Owen.

What I didn’t know was that today, the Panthéon is a secular temple. There are 70 men buried there and only 5 women (the most recent was Simone Veil).

Only the President can decide who goes into the Panthéon however, this can be vetoed by descendents. This happened when the family of Albert Camus blocked his transfer to the Panthéon under Nicolas Sarkozy.

The ceremony was beautiful, with moving readings from his works and letters and music composed especially for the event.

For dinner tonight I prepared a Sri Lankan beef curry using beef cheek. Brown mustard seeds, coriander, cardamon, cinnamon and black peppercorns formed the base of a spice mix that was added to a paste of ginger, garlic, chilli and onions fried slowly. After an hour and a half the beef had just started to take on that lovely gelatinous tenderness at which point I added 200ml of coconut milk and simmered for a further half an hour.

Rice for Nigel, some courgette batons fried with mustard seeds, a pinch of asafoetida (that smells like something died close by), ground coriander and Greek yoghurt for me.

Nigel had chosen Clos de L’Etoile Saumur 2014 from Arnaud Lambert before he knew what I had planned for dinner. This wouldn’t have been our wine of choice with something so highly spiced but in fact, it went rather well.

Clos de L’Etoile 2014 has a nose that gives off aromas of baking spices, cinnamon, cloves and cedar and it picked up those ingredients in the curry.