What’s going on in the vineyards in April? 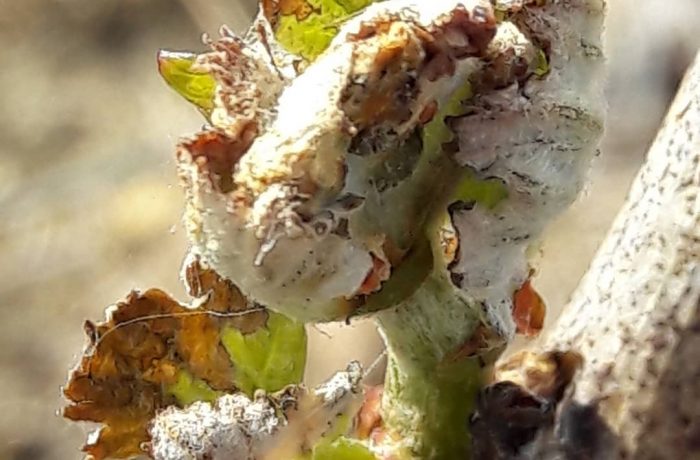 April has been an eventful month in the Loire valley vineyards with temperatures dropping well below zero on both the 4th and 14th of April.

Growers wrang their hands in anxiety as the whole region around us was ablaze during the early hours of those two mornings. We went out for a couple of hours on the 14th April to say hello to the growers and show our support. The wind machines were out in full force, kerosene candles burned quietly among the rows of the top parcels, great bales of straw were lit as daylight appeared (to block the early morning sun rays from burning the vines) and the helicopters were sent up in Montlouis sur Loire.

It’s hard to asses the level of damage during those 2 nights but talking to Jacky Blot’s domaine on the morning of the 13th, they estimate to have already lost the equivalent of 6 hectares on the 4th. There is some hope that secondary buds will push but they are generally less fruitful than the primary buds.

Here in the Vouvray appellation, the measures taken on the 13th seem to have been relatively effective. We did however see some some damage in the low lying plots close to us despite having candles among the rows.

Last week we drove around the vineyards of Saumur/Saumur Champigny and were talking with Arnaud Lambert. He estimates to have lost around 50% of his Chenin this year although has fared better with the Cab Franc. This was very visible as we drove around his vineyards talking a look at the damage.

Yet again the growers in the Loire face a potential shortage of volume. If you talk to the older generation they will tell you that frosts of this nature happened about once every 10 years. Now’s it rare to have a year without frost.

One thing’s for sure. Climate change is here!