What’s going on in the Loire vineyards in January? 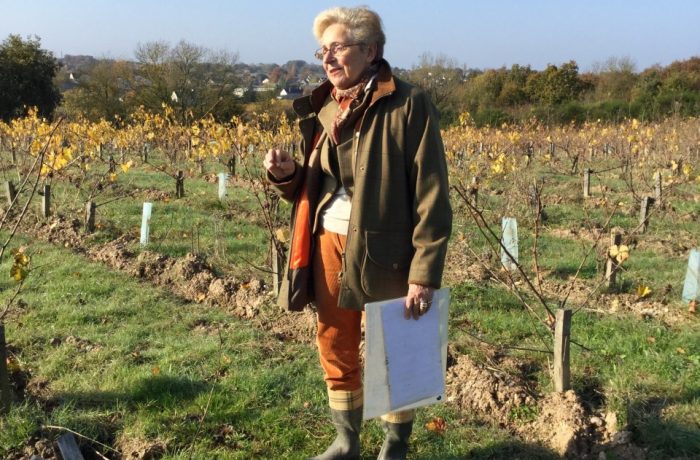 Walking around the plateau of Vouvray these past few weeks I would have expected to see a hive of activity all around me with growers out in the cold pruning their vines in preparation for this year’s new season.

In fact it’s been rather quiet. Yes, there are people out pruning but not as many as one would expect at this time of year.

More and more growers are planning to prune late this year or in 2 separate phases in order to limit the risks of frost damage.

Frost has become an increasing problem in the Loire valley in recent years with ‘no frost’ vintages being the exception.

What can growers do to try and mitigate the problem?

The classic approach has been that of burning candles and fires in the vineyards, using blowers with a heat source and even sending up the helicopters to disperse warm air down toward the vineyards.

Over recent years when frost damage has been so severe, the benefits of pruning as late as possible have been discussed by growers. Pruning late delays budburst and while it can’t protect the vines completely it means they may miss one or more of the early frosts (last year we had 3, 2 in April and another in early May).

Another approach and one that is being adopted by Domaine du Closel in the Savennieres appellation this year is to prune in two separate phases.

A first pass through the vineyards will be made but the canes will be left longer than they would traditionally be. In the case of frost it is the buds on the extremities of the canes that generally suffer the most. Those buds closer to the trunk of the vine are normally safer (unless in the case of extremely low temperatures).

When the risk of spring frost is over, a second pass will be made through the vineyard to cut back the canes to a more reasonable length. This will restrict yield and ensure quality grapes.

It’s a good idea but of course is only practical if you have the manpower to do it. Another downside is that leaving the second pruning until the risk of frost is over means that they will be pruning after budburst. Extreme care will have to be taken not to damage buds.

Extreme conditions call for extreme measures! This isn’t something that big estates could adopt but I’m sure we’ll see more small high quality estates such as this adopting these methods.