What’s going on in the Loire valley vineyards in September? 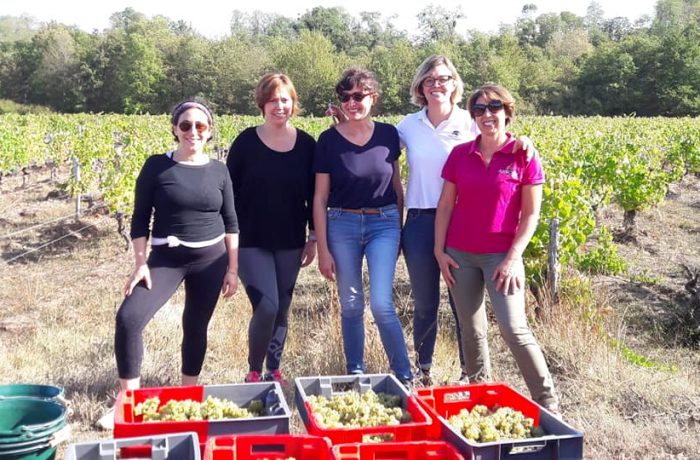 Picking in the Loire is still in full swing as we approach the end of September.

The first grapes to come in were those destined for sparkling wine followed by selective pickings of Chardonnay, Chenin, Gamay and Malbec. The lack of rain until the past week has seen growers facing difficult decisions with Cabernet Franc. Potential alcohols were quite high but there was still a distinctive green pepper note present so some were picking and others waiting, hoping for a little rain to unblock phenolic maturity and add a little volume.

Generally quality seems good although quantities seriously compromised by the spring frosts and late heatwaves. Our neighbour, winemaker Thierry Cosme was bringing in the equivalent of around 20hl/ha in some parcels. He admitted that unfortunately he had leaf stripped before the intense heat hit so his grapes were literally burnt on the vine when the temperature went up to 42.8°C.

We’ve been keeping a close eye on Jacky Blot’s Clos de la Brettonière too as it’s just a 5 minute stroll through the vineyards from our home. This excellent parcel delivered practically nothing to pick this year. It suffered from frost early in the season and being on a north south exposition (normally a big plus in the Loire), was scorched very badly leaving no fruit.

We paid a visit to Peter Hahn in Vernou sur Brenne (Vouvray appellation) while he was picking on the 20th September. The fruit looked in good health and he has used a small pneumatic press this year as well as the ancient basket press that he normally uses. We tasted the juice from press and it was fresh and lively with good acidity.

On 23rd September I got out in the vineyard myself to pick a few rows of Chardonnay destined for a special cuvée. Louisa from Chateau de Montdomaine will be making a small batch of still Chardonnay this year and we were an all girl team picking during the morning and then enjoyed a delightful lunch in the garden joined by Fred (her husband) and team. I can’t pretend this was too much like hard work but it was great to get our hands dirty and bring some grapes back to the winery.

The machine harvesters are passing by the house as I write. Most of the people that we work with pick their grapes by hand but of course, the large majority of grapes around the world are picked by machine and we are no exception here in Vouvray.

We’ll have more reports concerning the Cab Franc in the next few days. Grapes coming in in Saumur Champigny are looking good.