What’s going on in the Loire valley vineyards in August? 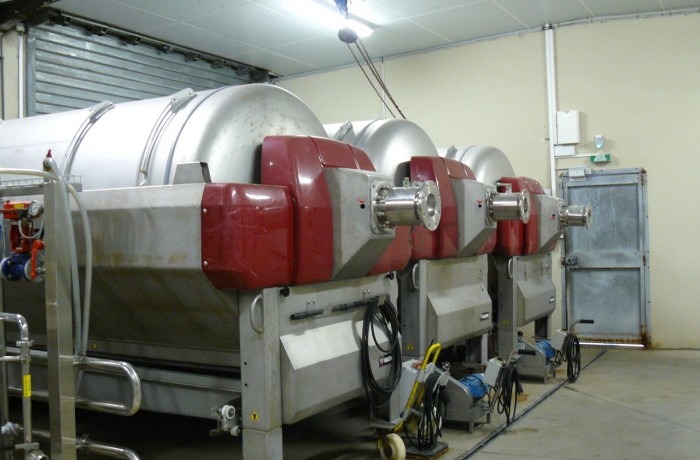 Harvest has officially started here in the Loire with the first grapes being picked this Monday, the 27th August. The first grapes to be brought into the wineries are normally those destined for the production of sparkling wines (Crémant & Mousseux). Grapes for fizz are picked while the potential alcohol levels are still relatively low as when the wine is bottled for the second fermentation, sugar and yeast is added to produce the bubbles and the result of this is more alcohol.

It takes 17g of sugar per litre of juice to produce 1% alcohol so grapes being picked for sparkling have around 170g or more of sugar when they are picked. Grapes destined for still wines will be picked a little later when the potential alcohol is a little higher.

It’s been an extremely hot and dry month with very little rain. Growers that planted new vineyards were forced to do so much later than normal due to the exceedingly wet weather at the beginning of the season and have then faced extreme heat and no rain so have had to get out with tanks and water the young vines to ensure they don’t die in the heat. Young vines that have replaced old or diseased vines have fared less well as keeping them watered is less easy. The extreme heat also led to a blockage of maturity in some vineyards which in some ways was no bad thing as many vineyard workers were still on holiday last week!

I have mentioned in previous newsletters that the biggest problem in the vineyard this year has been downy mildew. Not only will this lead to a decrease in volume at harvest but can also affect the aromatic quality of the juice where an attack was significant. It has been a problem in the Loire this year but a very big problem in the South of France in the Languedoc Roussillon region. The practically tropical climate in May and June with extreme temperatures, daily rainfall and high humidity provided the perfect environment for this disease to take a hold. Strong winds also limited the efficiency of treatments.

The presence of mildew on grapes (still evident in July in certain vineyards) can increase vegetal notes, exaggerate tannins and increase acidity. This comes from the reduction in the number of leaves providing adequate photosynthesis. Strict sorting of the grapes upon receiveal at the winery will be important this year to eliminate grapes that have been affected. Mildew also reduces the efficiency of sulphites so careful winemaking will be the order of the day where vineyards have suffered greatly.

I’ll be able to provide you with a better harvest update as harvest gets underway and we get feed back from our partner growers. Here’s to a successful harvest 2018!