What’s been going on in the Loire valley vineyards in December 2019? 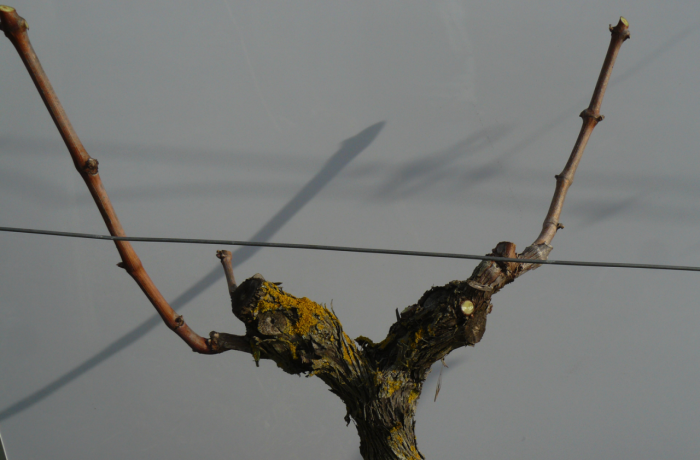 December is a busy time for growers as they turn to pruning their vines for the next season.

Most vines in the Vouvray appellation are what we call spur pruned. They are cut back to a similar point each year and each vine has a number of 2 or three bud spurs that are left. Each of the buds or nodes (as we should call them) can produce a shoot that will grow and produce fruit, leaves and tendrils. Other vines in the region such as Cabernet Franc, are pruned on what we call a cane replacement system whereby we remove all the canes except one or two canes with around 8 buds or nodes between them that will produce green shoots for the following season. In this system we also leave a 2 bud spur on the vine (one if there is one long cane, 2 if there are 2 shorter canes).

Vines produce fruit on one year old wood so this is why pruning is something that has to be done every year. It is the single most important pass through the vineyard and the one that determines quality and yield.

Conditions during flowering the previous season also have an impact upon the volume and quality of grapes the year after. While vines are flowering in June there is also something that we call floral initiation, the creation of the buds inside the vine for the following year. Conditions at flowering in 2019 were not perfect with quite a lot of rain and dull weather.

Organic and natural wine producers have also been out co-planting fruit trees among the vineyards. Apples, pears, plums and quinces jostle for position among the vineyards adding diversity and a natural home for predators and insects. We’re seeing more and more of this approach as growers increasingly step away from using chemicals and pesticides in the vineyard. A good initiative.

Until today when the temperature has dropped below freezing for the first time in weeks, it’s been mild for December and the vines that have already been pruned have been weeping! Weeping vines in December – a sure sign that our climate is changing and the seasons merging into one another.