The vineyard year – pruning in Vouvray 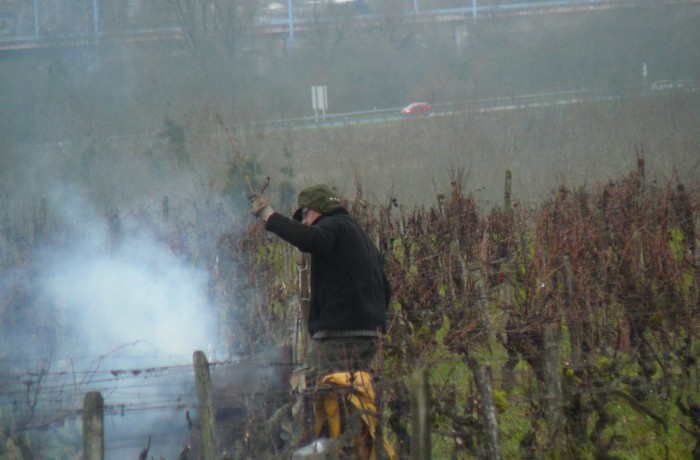 Now is the time for pruning in the vineyards.  In an ideal world we would have had a nice cold snap with below freezing temperatures for a while which helps kill off viruses and prevents disease spreading in the vineyards.  This winter has been unseasonably mild so far and while vines are dormant below 10°C a really cold spell is generally a good thing.  But, so many vines and so little time – pruning is vitally important and determines the quantity and quality of fruit on the vine for the following vintage.

This year we’re hoping mother nature will be a little kinder to our growers here in the Loire. After 2 really hard years, they deserve an easier time in 2014.

Today’s picture is of pruning in full swing in the famous walled vineyard of Huet – the  Clos du Bourg, taken last week while out and about in Vouvray.

Vouvray, of all places, deserves a better year.