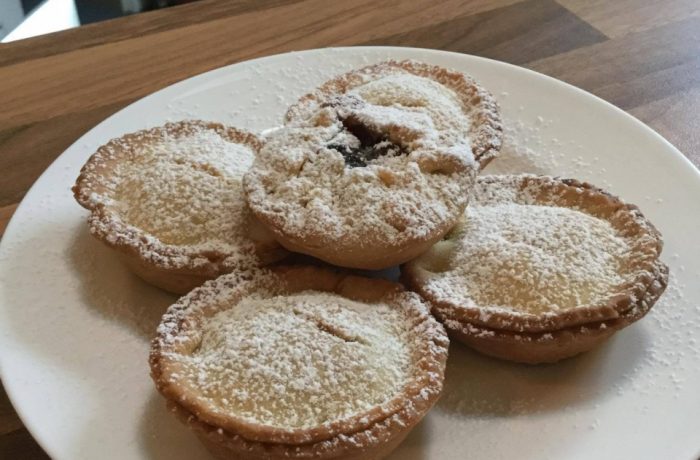 I’ve taken a few days off from the daily blogging and to be honest, I feel better for it. Writing every day has been a pleasure and has given me a mission during these rather fraught months but I’ve found it hard to relax.

I’ve barely read anything in 2020 and I still feel guilty when I sit down in the afternoon. It’s as if I need to keep on going, keep on trying, keep on resisting.

As if it’s going to make a difference.

So the past few days I’ve just given myself a bit of slack. We’ve cooked some nice things, drunk some nice wines, I’ve done a few rather ramshackle Instagram Lives, been out for a couple of nice vineyard walks – and not put quite so much pressure on myself. I feel better for that.

The orders for the festive case have been coming in which is lovely. Thank you to all of you who have supported us, it means a lot to us both.

One thing I have learnt this year is that there are always new things to try and new skills to learn. From not knowing what Zoom was in February I’m now running live tastings on-line.

I’m never nervous about what to say, just terrified the technology will let me down. Our internet connection would make most people weep it’s so bad.

Before I open up my meetings I close down every other piece of technology in the house that could possibly slow things down. I wonder what it would have been like in this house if the children had still been of school age and we were all jostling for the same feeble connection.

On the table this week we’ve had:

Pan-fried trout with crispy pancetta served with the lovely Chardonnay Ballades des Dames, rare steak with a wild mushroom, onion, thyme and cream sauce with Le Breton 2019 Cabernet Franc, pink duck breast flavoured with lemon grass, soy and ginger with stir fried vegetables and accompanied by Chateau de Villeneuve’s Vieilles Vignes 2014, garlic and chilli prawns with courgette spaghetti, butternut and lentil daal with a fried egg (no wine) and last but not least, the first of many mince pies.

Ah the good old mince pie. It’s an English thing. That combination of dried fruits and spices cooked in a sweet pastry case. I won’t make one before the first of December and then it’s mince pies all the way until the 31st. Then not a single one until the following year.

Mince pies are available in UK supermarkets from October onwards but for me, it spoils the expectation and seasonality of them to start munching them too early. It’s something to look forward to and marks the start of all things Christmassy.

Nigel eats them in pairs. I try and interchange one mince pie with one clementine in a vain effort not to put on half a kilo a day.

Will let you know how I get on. They go brilliantly with a glass or port or a Cognac by the way.