Life in the Loire on lock-down. 4th May. Day fifty one. 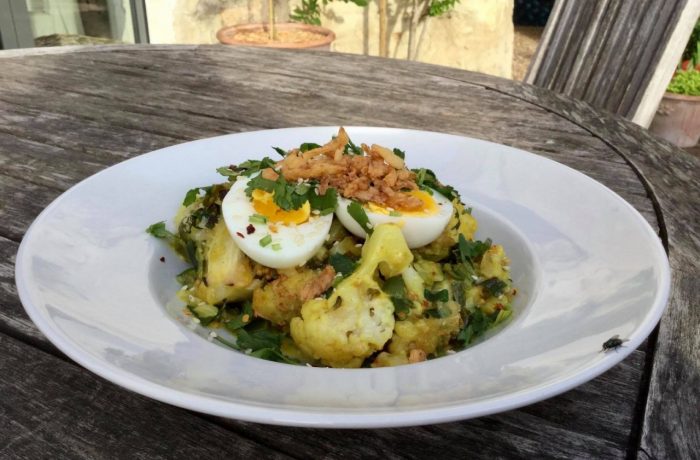 A rather sad start to the day today.

We were sitting having a cup of tea in the salon when suddenly there was a thud against the window. Two little Redstarts, a male and a female had flown straight into the glass. They fell to the ground. We waited a couple of minutes. No sign of life.

I think they were mating. What a sudden and tragic end for those little birds. It quite upset us. Nigel is going to bury them later.

Luckily Pesto was fast asleep upstairs completely oblivious to what was going on. Just half an hour before she’d been camped out by the cave on sentry duty.

Back to checking recipes and writing tasting notes today. Louisa has trialed a really fresh shaved fennel salad that we think will make the perfect partner to the Chinese pork and she’s been making little rosti to go with the smoked trout starter. We have a deadline with the printers this evening so it’ll be a busy day.

It’s been a bit overcast with periodic rain and drizzle. Not the best kind of weather to lift the spirits. Like lots of people, last week felt harder than previous weeks. Apparently this is ‘normal’ – according to a couple of articles I’ve read on-line.

Today is the start of a new week and what’s more, there will be no wine tonight (we didn’t manage to have a night off last week).

For the first time in a while we were able to have dinner outside in the garden. I made a cheesy, curried cauliflower dish inspired by Ottolenghi and served that with an 8 minute egg, lots of fresh coriander and crispy onions.

I sliced and fried 5 spring onions (reserving some of the tops for garnishing) in a little oil then added cumin seeds, a finely chopped red chilli, a teaspoon of madras curry powder and a teaspoon of mustard seeds. In went about half a tub of creme fraiche with a little milk to loosen it, some grated cheese (Abondance) salt and pepper and then some large cauliflower florets that I had steamed over boiling water until tender but with a bite.

After mixing that together to make sure each floret was covered by some of the sauce I sprinkled on a mixture of breadcrumbs, the finely chopped green tops of the spring onions and some coarsely grated cheese.

A little drizzle of olive oil over the top and that went into the oven at 190°C for a quarter of a hour after which I switched to the grill setting for a couple of minutes to brown and crisp up the breadcrumb topping.

And to serve. A generous portion of the cauliflower in the bowl, an egg cooked for 8 minutes, some finely chopped coriander, a few sesame seeds and a sprinkling of crispy onions.

Pesto hasn’t been very well today. She stayed out all night last night and I think maybe it’s just sheer exhaustion. Hoping she perks up tomorrow.

We managed a night off the wine which was timely as I needed to do a little proof reading just before bed. We’re all set and ready to go.