Life in the Loire on lock-down. 4th April. Day twenty one. 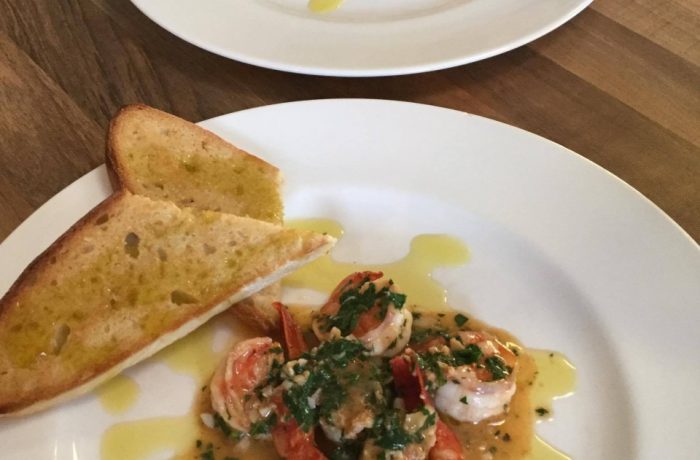 Nigel turned over in bed this morning and said, “I’ve made the cocktails for tonight! We’re having rhubarb bellinis and I just made them in my dream”.

There’s just enough rhubarb pushing through in the potager for us to pinch enough for that. We have a dinner party tonight you see. Our friends John and Sheila are coming over (virtually) for a stop-over.

John and Sheila live about a 20 minute walk from where we used to live in Anjou. We used to walk past their house and say “It’s an English couple there you know”. Truth be known we were not (and still aren’t) hugely into the expat thing, seeking out our fellow citizens just because they speak the same language. And the funny this is, they are the same. They used to walk past our house and say “Oh Le Tasting Room, that’s the wine tour business owned by that English couple”. Neither of us ever knocked on the door to introduce ourselves.

Until one day, I was ‘sent’ over to ask Sheila if she would be reading a poem at the annual Remembrance Day service. I was a Conseillière (local councillor) for a very brief time and being English I was considered the one for the job. Sheila always read a poem in English as part of the ceremony and their local friends played the English national anthem alongside the French one at the local service of remembrance.

Would we have been friends if we had met in the UK? It’s hard to say. We come from different backgrounds, have done different things in our lives. I don’t supposed our paths would have crossed. But we have much in common and that’s what drew us together.

We all love to cook and love to eat. We enjoy a glass or two (or maybe more on occasions especially if we are together). We share a sense of humour. We know we can rely on each other.

When we were still living in Anjou we’d meet for dinner. More often during the winter months when our season was closed. One of us would collect the other at 7pm and then we’d walk home at the end of the evening. During the summer months if we had a free evening sometimes we’d cycle over and back (not the best option for me, I’ve other stories to tell about cycling back after rather too much wine).

We’d often share the cooking. We’d take a starter or dessert and they’d do the main course or vice versa. Sometimes we’d turn up with leftover wines from our tastings or half eaten desserts. They would help us cook when we had big groups during the summer months.

Tonight they were supposed to be coming over to dinner and staying over as we are now about an hour and half away by car. Of course, this was cancelled and so Sheila had an idea. Why don’t we cook the same thing and have an on-line apero beforehand?

So, on the menu tonight after much discussion we have a starter of pan-fried prawns with butter, lemon and garlic and to follow an Entrecôte steak cooked nice and rare with Tuscan fries and a dressed roquette salad.

There will of course be cheese to follow. Langres, Bleu de Causses and St Maure de Touraine. No dessert tonight (none of us has a particularly sweet tooth and we are all in danger of gaining a kilo a week with this lock-down).

There will be rhubarb bellinis to kick off the evening and then? I’m not sure what Nigel has chosen from the cellar.

It’s a glorious day and hotter than it’s been all week. We enjoyed a simple ham sandwich in the garden for lunch with a beer from Art Is An Ale in Amboise, I had a Blonde, Nigel an IPA.

Yesterday I received a rather nice request by email – a poem exchange to uplift us a little. You send a poem to someone that you may or may not know and then receive lots of poems from other people. I chose one from Stevie Smith that I thought particularly appropriate. It’s called The Pleasures of Friendship.

The pleasures of friendship are exquisite,

How pleasant to go to a friend on a visit!

I go to my friend, we walk on the grass,

The rhubarb bellini was absolutely delicious. Nigel found the recipe in Jamie at Home. You just stew a little rhubarb with sugar and whizz it to a fine purée, put a teaspoon in the bottom of your glass and top up with fizz. It’s needs a good but gentle stir. Definitely one to do again (and we will because there is still some purée left, hooray!). We used Chateau Gaudrelle’s Extra Brut which was a good choice. The lean, fresh character of the wine combines well with the rhubarb without creating something sweet.

To dinner. The prawns were very tasty and super quick to cook. We served them with a slice of toasted bloomer rubbed with garlic and drizzled with olive oil.

The entrecôte had good flavour. Not the tenderest steak we’ve ever eaten but it was cooked as we like it nice and rare.

Now to the Tuscan fries. They were delicious but a bit of a faff. You take waxy potatoes and after cutting them into chips and drying them off in a tea towel you put them into cold oil, bring it to the boil and cook for about 15 minutes or so, then add some whole cloves of garlic, cook for another 10 minutes and at the last moment add some sprigs of fresh herbs (we used sage, thyme and rosemary).

The temperature of the oil is supposed to be between 150 and 160°C. We couldn’t get the oil up to anywhere near that temperature (we managed a max of 125°C) and so it took a lot longer to cook them than anticipated.

The end result however, is delicious. They’re full of flavour and nothing beats a crispy sage leaf crumbling in your mouth. Sprinkled generously with sea salt they were the perfect accompaniment to the steak with just a little dressed roquette.

We do have a deep fat fryer and didn’t use it because adding half a head of garlic would have tainted the oil for anything afterwards but on reflection we felt they were so good that next time we’ll use it and get the temperature up higher.

So, if you have a deep fat fryer and are partial to a chip then do give them a try.

We enjoyed 2 of Arnaud Lambert’s wines with dinner. His Clos de Midi 2019 Saumur, Chenin Blanc was a perfect match with the prawns and his Clos Moleton, smoky, spicy Cabernet Franc, Saumur 2010 was wonderful with the steak.

We swapped pics of our cooking as we went along with John and Sheila and all of us were too full for cheese after all. Maybe tomorrow.