Life in the Loire on lock-down. 26th March. Day twelve. 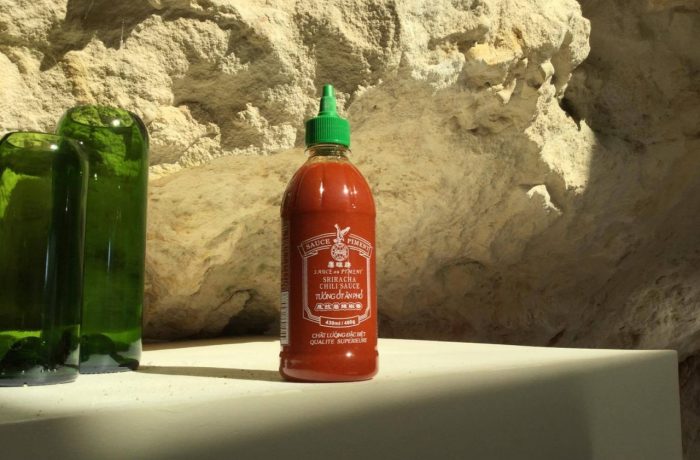 Feeling a bit sluggish this morning. Partly because I probably got a bit carried away with the wine last night (it being my birthday), and partly because I gave in and took an antihistamine late yesterday afternoon.

The warm weather has kicked my early hayfever (well it’s not hay but everything else) into action. I try really hard not to take antihistamines. It says on the packet that they don’t make you drowsy but they seem to render me semi-comatose for the first couple of hours in the morning. Getting out of bed seems disproportionately difficult.

So this morning I didn’t worry about it. I turned over and had another hour. Nigel brought me a cup of tea in bed. I had a long shower (always good to get water on the head I find) and a lazy late breakfast.

After another cool night in the vineyard, reports are again positive. It’s been interesting to follow Domaine Ogereau’s reports this year as they have installed a trial system of nets over a parcel (over 100 hours to install across half a hectare) to see if this is effective. It costs around 2000€ a hectare and is not currently authorised by the INAO (only for trials such as this). The first night of frost there was a cold wind that went underneath the nets so it didn’t prove very effective. It’s an interesting option but clearly needs refining. It will be interesting to follow their experiment.

I felt in need of comfort food at lunchtime. Beans on toast with a fried egg and lashings of sriracha sauce. Now you know. It’s not always gourmet food on the table in this house. The beans we had were kindly brought over by friends in the UK. The tins we have in the cupboard are the low fat, low sugar version that was recently introduced by Heinz. This was not the day for low fat, low sugar. I soon sorted that out. I added a sprinkle of sugar, a generous pinch of sea salt and a large knob of butter to the pan. That did the trick.

We managed to get outside for a brief walk in the vineyards late afternoon. A 3km circuit (within a 1km radius of the house of course), was just enough to blow away the cobwebs. One or two people were out pruning their vines and one or two applying fertiliser (grr). There was a sharp wind which was deceiving as the skies were so bright and sunny. Is it me or am I seeing less Roundup being used in the vineyards this year? I hope that’s the case.

Dinner tonight was the rest of the veggie chilli that I made last week with a glass of Tania and Vincent Carême’s South African Terre Brulée 2017. A soft a spicy Syrah, Cinsault blend from the sandy granite soils of Swartland. It was a perfect match for the spicy chilli.

Chilling pictures of patients being transferred from Mulhouse in Alsace to Angers in the Loire by TGV. Many of you will remember that sunny forecourt as you made your way to see us from Paris. Yesterday it was swarming with fully gowned medics, stretchers and ventilators as patients were transferred to CHU hospitals in Angers and Le Mans.

And finally, a tip for you all. Do not choose Spotify’s soft easy listening classical collection if you are feeling less than 100%.

It took us from Out of Africa to the English patient, stopping briefly at Schindler’s List and finished us off with Nimrod.