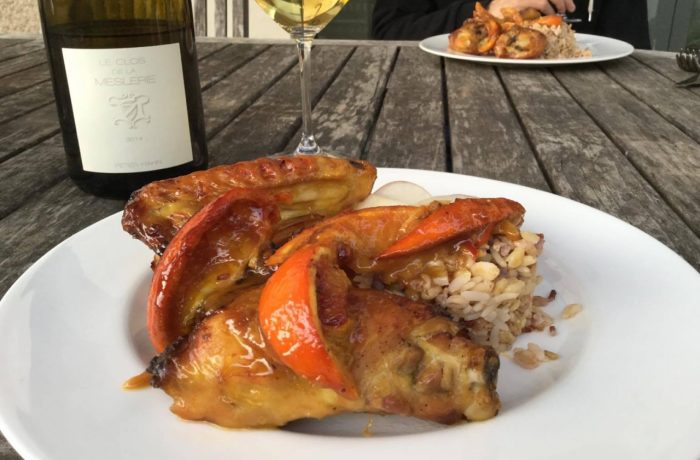 There are two things that I vowed to do during this lockdown. Read more, and do some kind of exercise every day. I’ve failed miserably on both counts so far.

It’s not as if I can use the excuse ‘I don’t have time’ is it? I have plenty of time.

After my depressing encounter with the scales yesterday morning I decided to ‘set to’ and do an hour in the bedroom with Jana of Figure 8. I don’t know where Jana comes from but she’s the size of a sparrow with the waist of a wasp and her energy alone is exhausting. Figure 8 is an exercise regime based upon dance (it doesn’t feel like exercise right?).

“This workout is about maximising your core power (trying hard not to laugh) and maximising your dance skills”. Now I consider myself to be pretty coordinated. I like to dance. But after 45 minutes of twirling and swirling and shimmying around the room she announces that we’re going to finish on a high with the ‘jive’.

I just hope the neighbours can’t see me (or hear me for that matter) as I leap around, constantly going in the wrong direction. You won’t be calling me twinkle toes any time soon that’s for sure.

As for the reading. That’s a different matter. Mentally I haven’t given myself permission to read yet. I know that sounds stupid but I just haven’t relaxed enough to sit in a chair and read. I know I have time to read. I love to read. But it feels like I’m being lazy. I should be doing something else. I’m working on that one.

Reading on the internet is another matter of course. I do plenty of that. I was just looking at the calendar for the proposed return to school in France which is being phased in over 3 weeks from the 11th May. If I was a teacher my head would be spinning already. No more than 15 in a group at any one time, some studying from home, some studying elsewhere at school, some doing sport. It’s going to be complicated.

It’s lovely and bright again today so we were able to enjoy lunch outside in the garden. We had the remainder of the spicy beef patties from last night and I made a salad with roquette, endive, cucumber, and a sliced avocado with a fig dressing and a litte more crumbled Feta cheese.

And then. I sat down on the sofa in the salon and I read a book for an hour.

I’ve been reading Wilding by Isabella Tree. It’s about the return of nature to a British farm and it’s fascinating. ‘Forced to accept that intensive farming of the heavy clay soils of their farm at Knepp in West Sussex was driving them to bankruptcy, Isabella Tree and her husband Charlie Burrell took a huge leap of faith and handed their 3,500 acres back to nature.’

Did you know that the word acre is related to the old English word ‘aecer’ which means acorn? An acre was an area that had oak trees, and someone who had the right to ‘acker’ pigs, or fatten them on acorns was called an ‘ackerman’. This is particularly interesting to me as one of the biggest sparkling wine companies in Saumur in the Loire is called Ackerman. I’m wondering if in the past the Ackerman family raised pigs on acorns.

My peace and quiet came abruptly to and end with the sound of shouting. It appears confinement has got to our neighbours today. A minute or two of raised voices and then, crash. Something thrown on the floor or against a wall. I don’t know. It went quiet after that. I hope they’re ok. I don’t judge. I’m sure there would have been many arguments in this house if we had been doing different jobs, working from home and still had teenagers in the house.

And then, another distraction as a van pulls up outside the house and a smiling delivery man passes me a parcel. I suspect that it’s a late birthday present from Rosie (daughter, who would have been here that weekend and told me to expect something). It is. Hurrah! Just what I wanted. A new non-stick square baking tin. A heavy duty square tin with a double non-stick coating. Ideal for cakes, brownies, lasagne and roasting meat.

I probably won’t tell my Mum this is what Rosie bought for me as she would never understand. “She bought you what?” she’d say. “A baking tin?”

And I’d reply “Yes Mum,” as I have replied so many times over the years when someone has given me something that she considers is ‘not for me’.

Things ‘for me’ in her eyes are things like clothes, perfume, make up (or smellies as she would call them). Things that I would really like are not considered to be ‘for me’ because they’re too practical. It could be a new pair of wellies or a kitchen gadget, some weights or something for the garden. These are not ‘for me’.

Anyway, I’m delighted. The old one will go in the bin and I can’t wait to use the new one. It’s what I wanted. It is for me! I’m sure my fellow foodies would be equally excited.

Nigel cooked this evening. It was a real winner. A recipe from Diana Henry’s A Bird in the Hand; marmalade, mustard and Bourbon chicken.

Sticky spicy chicken with slices of blood orange that have gone slightly charred and chewy. It says in the recipe that you can’t eat the skin of the orange. I disagree. It was the best bit about it, we ate every scrap.

He cooked some mixed grains to serve alongside and some navets (little turnips) cooked in water with a little sugar and butter (which evaporates and reduces over time). It’s a long time since we had them and I realise why I like them so much. Everything was delicious and all the more so because I didn’t cook it.

Our wine of choice this evening was our friend Peter Hahn’s Clos de la Meslerie Vouvray 2014. If I remember rightly it has around 10-15g of residual sugar so that makes it a Sec Tendre (not sweet but not dry). It was tasting really beautiful but in terms of pairing with the dish I think we’d have been better serving his 2016 which is a demi-sec.