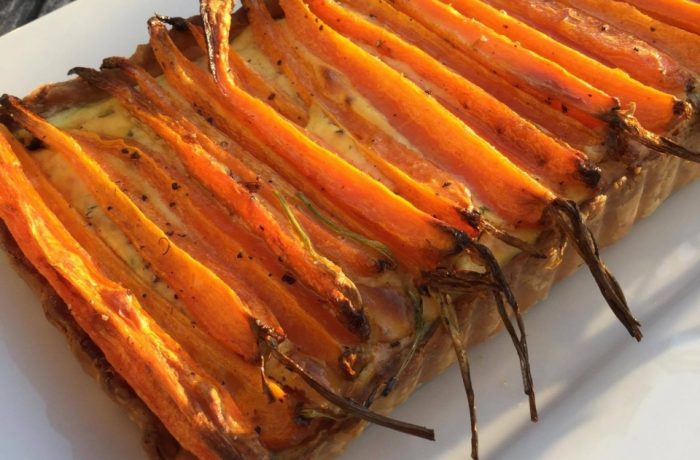 Work calls today. We have an on-line meeting at 11h00. We’ve decided to install an on-line booking system onto our website and while this feels a bit stupid at the moment (as there are zero bookings coming in), let’s be positive about this.

We have all the time in the world to get to grips with the workings of the ‘back end’ as it’s amusingly called. By the time the bookings start flooding in (she drops off the chair crying with laughter), we’ll be totally up to speed with how it all works.

Day 4 for Sally starter. We start two feeds a day from today. Pouring out all but a tablespoon of starter, adding 50g flour and 50ml water. Twice a day. Once at 09h00 and then again at 21h00. There were definitely more bubbles visible this morning so something is happening. This is a long process. I should be able to make a first loaf in about a week. I’m sure Nigel can barely contain his excitement.

France’s death toll rose to 12,210 but the number of people in intensive care dropped for the first time last night. Tentative good news for Good Friday.

It seems that the message still hasn’t got through to some people. A private jet flew into Marseille from London last weekend. Chartered by a Croatian man claiming to work in finance and real estate, he had 3 helicopters waiting to take his party (7 men in their 40’s and 50’s plus 3 girls in their early twenties) off to Cannes for a holiday. After failing to persuade the French authorities and running out of ‘connections in high places’ to call, they were sent packing back to the UK. The helicopter pilots were also fined for non-essential travel. Those of you with private jets beware. France is on the case.

I just saw someone mention on Instagram that an advert for a company specialising in ‘wills’ came inside their Guardian newspaper today. ‘Your will made easy’ it says, ‘20% off, £72 for a single will, £112 for couples’. And the company is called Farewill.com. At least someone’s got plenty of work to do at the moment. Nice gesture over the Easter weekend. Joking aside, my friend whose brother and wife are both on the front line in a UK hospital told me they’d asked her if she would look after their children if anything happened to them.

Lunch in the garden today. A tomato, avocado and buffalo Mozarella salad. I bought the Mozarella from the cheese stall at the market yesterday. With a simple salad like this, the quality of ingredients makes all the difference. The best Mozarella comes from Campania in Southern Italy. I visited a small producer when I was doing my winemaking studies in 2004 and it was fascinating to watch them working in such hot conditions, pulling and stretching the cheeses to their classic shape before dropping them into brine. Mass produced Mozarella can have a decent texture but when it comes to flavour, buffalo milk is the business. Yes it’s more expensive but the flavour is entirely different. It’s worth every centime.

Chewy oatmeal, raison and walnut cookies are in the oven. A recipe I found on-line but without the cinammon or vanilla (not keen on the cinnamon, don’t have any vanilla). What drew me to the recipe was that it has a tablespoon of molasses in the mixture. I bought a jar a couple of months ago to make a sticky ginger cake and never got round to it. I think it’s probably not a deal breaker with these cookies but does have quite an impact upon the flavour.

Half a tablespoon of molasses

Half a teaspoon of baking soda

Half a teaspoon of seasalt

70g raisins (soaked for a while in hot water, drained and patted dry)

Cream the butter and sugar in a mixer until soft, add the egg, mix well and then add the molasses.

In a separate bowl mix together the flour, salt and baking soda then incorporate that into the butter mixture. Then in go the oats, raisins and nuts. If you like cinnamon then you can add a teaspoon of ground cinnamon at this point.

The mixture is quite sticky so you need to put it into the fridge for an hour at least before using it. When you’re ready, preheat the oven to 175°C, 350°F, scoop out small amounts and roll them to form little golf balls. Place them on a baking sheet lined with greaseproof paper and then bake for about 10 minutes.

I prefer small ones to huge ones so made 24 but if you want big ones then just use more mixture, form bigger balls and cook for a couple of minutes longer. They’re done when just going brown at the edges. Take them out of the oven, leave for a minute or two and then transfer to a rack to cool.

We peaked a bit early today and ended up giving in to a rather delicious cocktail at 18h30 in the garden. A good measure of Cointreau, topped up with some Crémant de Loire from Leduc Frouin. Absolutely delicious and so refreshing. Did you know that Cointreau comes from Angers in the Loire valley?

As temperatures stayed high early evening we were able to enjoy dinner outside for the first time this year (well at least part of it). I made a carrot, ricotta and tarragon tart and served it with a simple cucumber, yoghurt, mint and chive salad. It was really pretty on the plate and the recipe was my own creation. I’m rather proud of the way it turned out and will make sure I write it down so I can cook it again.

Our wine of choice this evening was Chateau de Fesles Anjou blanc 2016.

Chenins from Anjou are so different from the ones this way in Vouvray. Half of this wine was fermented and aged in new oak barrels and the other half in stainless steel. The two were then blended together and aged for a further 6 months in tank before bottling. It has lovely pineapple fruit and a citric quality that is really appealing. It was a good match.