Life in the Loire in 2021 – Goodbye to François Pinon. 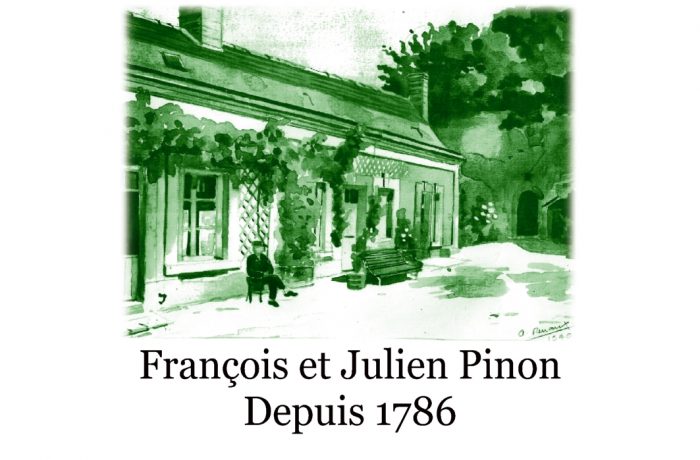 The news filtered through quickly. It does in the wine world. Everyone knows everyone.

François Pinon, reknowned Vouvray winemaker had died during the night. Totally unexpected. A shock to everyone.

We weren’t close to François. We know his son Julien who came back a couple of years ago to help his father run the estate with a view to taking over some day. Some day. Not now. Not like this. Not out of the blue.

Ours was a fairly new relationship. We met in the summer of 2019 at Peter Hahn’s. Our first summer this side of the Loire after 13 years in Anjou. We sat in the sunshine talking. Others dipped in the pool. We were celebrating Independence Day and everyone brought along a bottle of wine.

Julien brought a magnum of 1947 Vouvray as his contribution. Blew everyone else’s right out of the water (and there were some amazing wines let me tell you). What a wine. What a rare chance to taste something so old. What a lovely gesture.

And everyone says that his father François was a generous man. Happy to reach for those old bottles that provide unique memories. A quiet man making wonderful organic wines, happy in the knowledge that he would pass the baton sometime soon.

Sometime soon – but not quite yet.

Tuesday afternoon. We stood on the grass verge in the middle of the Vouvray vineyards waiting. There was to be a low key ceremony to intern Francois Pinon’s ashes at the cemetry perched high above the village of Vernou sur Brenne.

We arrived early. So did everyone else. There must have been 300 of us. All masked. No kissing. No hugging. No holding of hands. Everyone keeping their distance. Everyone just wanting to pay their respects to one of Vouvray’s best known and best loved winemakers.

Julien’s long hair was blowing in the wind as he surveyed the crowd of people arriving to bid a final farewell to his father. He came out to his car and retrieved a large container of hand sanitiser. He tied his hair back and prepared to receive everyone along with his immediate family.

And so we filed in, hands santised, trying to keep our distance. Everyone nodded towards the family. Some stretched out their arms. Some feigned kisses. Some touched elbows. Eyebrows were arched, shoulders shrugged. Few words were spoken. No need for words.

When the wind was blowing in the right direction we could hear Julien talking about his father. He remembered the cruel vintage of 2013 when they lost everything due to a freak hail storm in June. He talked about his Mother who died the year after. He talked about their lives.

A sea of people all straining to hear what he had to say. All there to show solidarity and support. People of his father’s generation and people of his own. Young and old, united in saying goodbye. A strange rather surreal experience. Noone able to show their emotion, give or receive a hug.

A Covid goodbye. Not like any other. RIP François Pinon.