Life in the Loire after lock-down. 29th May. Day 19 of déconfinement. 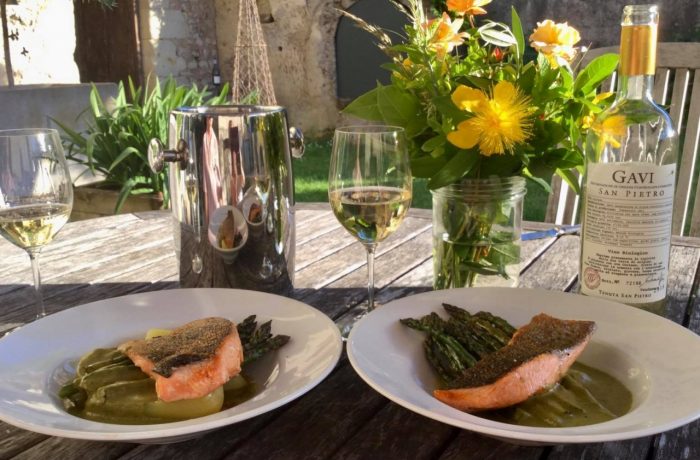 So, from Tuesday next week, France will enter into phase two of the deconfinement. What does that mean?

Restaurants, bars and cafés can reopen for business. A huge relief to our local friends involved in the restaurant business (although this news also comes with worry). We’ll have to wear a mask entering and leaving and if we move around but once seated we’ll be able to take the mask off.

I think what we’ve missed most of all is being able to potter, have a coffee and watch the world go by for a while. Such an integral part of French life. The cafés and bars full of people just taking their time, enjoying life, in no hurry at all.

There is much to be done this weekend for them. Do they maintain the same menus or cut them down to a minimum? How many people will come to eat? How many staff do they take off the chommage technique scheme (furlough scheme)? How do they manage the imposed sanitory restrictions.

Restaurants are all about numbers and Amboise is a tourist town that relies on tourists eating in its restaurants. Borders within Europe remain closed until the 15th June. After that it’s hoped they will be reopened which will see some tourism come from neighbouring countries and from within France itself. This next period will be complicated and delicate for them to manage.

The 100km rule is also being relaxed. That means we’ll be able to go and visit our friends in Anjou without having to meet half way for a picnic and that Rosie can come over and see us. Really good news although we realise we must remain sensible.

I was thinking about the orzo risotto I made last night. I suppose that lots of people won’t know what orzo is.

Orzo is the common name for pasta that is shaped like a large grain of rice. I first came across it many years ago in Greece where it’s called kritharaki. It was served as part of a long slow cooked lamb and tomato dish and the pasta had absorbed all the flavours as it was cooked in the same pot.

More common in Italy it takes the name Orzo from the Italian word for barley. It’s also called Risoni and it’s ability to absorb liquid makes it popular in soups and stews.

Each country has it’s own name and its own recipes but the shape of the pasta is the same.

I had a lovely walk this morning with Yvonne and Briony. We did a loop through grassy fields and tracks, passing pretty houses and flowers in bloom while putting the world right (fat chance!). My original plan had been to go the market with Briony as she was going to introduce me to the charcutier that makes the wonderful pork rillettes we enjoyed at her house last weekend.

The market in Amboise has been in turmoil since the lockdown. Recent attempts to reopen it were unsuccessful as too many people turned up and they didn’t respect social distancing. A couple of weeks on, it’s been totally reorganised.

Each stand is now 3 metres from any other. There’s a one way system. The wearing of masks by both stall holders and customers is obligatory. Let’s hope that will be enough for it to remain open from now on.

Having been told that it was closed yesterday, I was surprised to see it up and running when I drove past. Too late. We had made other plans. The market will have to wait until next week.

We’re planning a virtual dinner party tomorrow night with friends Ali and Jos who live in Belgium. We met not long after we moved to France and have remained good friends since enjoying a mutual love of food and wine. Ali is English, Jos is French (but his English is sickeningly good).

They used to live right in the middle of the vineyards of the Coteaux du Layon in Anjou with a garden that had the late night sun overlooking the vines. We’d sit outside on their terrace and enjoy a glass of wine as the sun went down. Jos would often barbeque something delicious (he does an amazing côte de boeuf) and we’d sit until the early hours sharing stories and rather too many different wines. We miss that.

We’ve chosen a menu that we can both cook and have decided on Italian wine for the evening (we had a delivery earlier today hooray!).

Everything is pushing now in our little potager across the road from the house. The sorrel is in danger of bolting so I seized the moment and picked a bunch to make a tangy sorrel sauce to serve with pan fried trout this evening.

I sweated a large finely chopped shallot in a little butter before adding the sorrel leaves that I had washed and finely shredded. A little heavy cream went in, a little water and a teaspoon of fish stock powder. After it had bubbled for a few minutes I removed it from the pan and blitzed it to a smooth sauce using the hand blender. Then back in the pan to be reheated at the last moment.

Some new potatoes completed the dish.

And to serve. The potatoes in the base of the bowl, the asparagus across the top, the trout on top of that and the reheated sorrel sauce in the base.

We eat a lot of salmon so it was a nice change to have trout. Similar in appearance it has a very different flavour. Much more earthy. Delicious.

And what joy! A bottle of Italian wine alongside. An organic Gavi from the north of Italy. 100% Cortese grape it comes from vines in the commune of Tassarolo between Piemont and Liguria, 300m above sea level on clay limestone soils. 22 hectares of vines produce 150,000 bottles of Gavi which to us (used to dealing with very small producers here in the Loire), sounds like a lot!

Fermented in stainless steel using indigenous yeast, it’s a lovely wine. Stone fruits with a hint of melon and a underlying minerality, it was a great match with the fish.

The 100 hectare (250 acre) estate was purchased in 2002 by Italian entrepeneur Corrado Alota. I love the English explanation on their website that says he bought it ‘with the aim of making it an homely place to spend the time of detachment from commitments and professional tensions, and to enjoy moments of family serenity’.

I’ll drink to that.