Life in the Loire 17th March 2021 – Talking about Elizabeth David 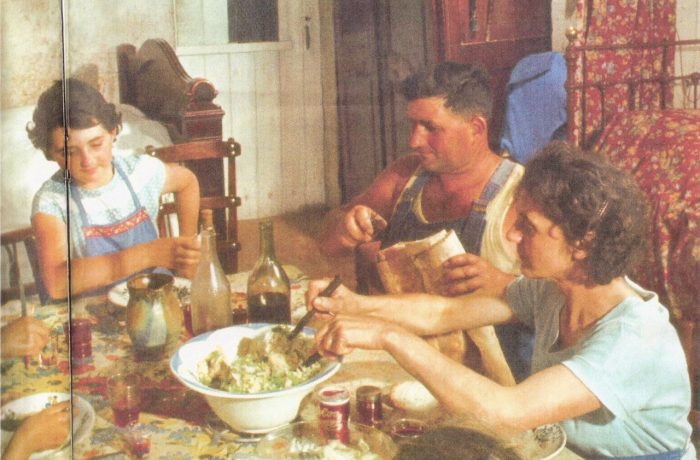 Who inspired you when it comes to cooking? Who was it that ignited your passion for food? Whose books did you read that transported you to another place?

These days I guess it might be Ottolenghi or Diana Henry. It might be Gordon Ramsay or Jamie Oliver. It might be Sabrina Ghayour or Helène Darroze.

For me, it was Elizabeth David. Hands down. No competition. It was her that inspired me. Lying on a sun drenched beach in the Greek islands in the early 80’s, her writing had me hooked from the first line.

I guess many of my American friends will never have heard of her. Your equivalent was Julia Child. Although to be honest I don’t think they can be compared.

After studying art in Paris she ran off with a married man and they lived on a boat until it was confiscated in Italy. Just making it to Greece (narrowly avoiding the German invasion of 1941), they ended up in Egypt where she worked in a library run by the Britsh Government in Cairo.

They parted and she married Lieutenant-Colonel Tony David in 1944. Soon after he was posted to India but she didn’t take well to the life of military wife and returned to London soon after.

She was SO ahead of her time when she started writing about food and most of England wasn’t ready for her either.

It was just after the war. England was still on rationing. Ghastly tins of tasteless meats and spreads, packet sauces and substitutes.

In sweeps Elizabeth David talking about anchovies and olive oil, good bread and garlic. Things so alien to British culture, the land of the good roast with boiled vegetables and gravy.

Based upon her experiences of Mediterranean cooking, many of the ingredients she talked about couldn’t be found in England but it was a book that is credited with profoundly changing cooking and eating habits in England.

She spent a lot of time in France and in the Loire. One of her articles recounts a trip to Tours in search of the famous local dish pork with prunes.

She writes “We settled down to some entirely entrancing white Vouvray while they cooked our alose à l’oseille – shad grilled and served with a sauce in the form of a runny sorrel purée. It was extremely good. Then came this restaurant’s version of the famous pork dish, which turned to be made with little noisettes of meat in a very remarkable sauce and of course we immediately felt reproved for doubting for one moment that an itelligent French cook could make something splendid out of even such lumpish sounding ingredients as pork and prunes. It WAS worth all the fuss, even for the sauce alone”.

My biggest shock and delight however was to learn that she had been to MY hamlet in the Loire, Cumeray (close to the river half way between Saumurs and Angers) in the 1950’s.

She ate with our neighbour Marie-Madeleine and her family in their troglodyte home. This surfaced a few years ago when friends showed me an article written about her in the Guardian about 10 years ago.

There they are having a tradtional lunch in their kitchen, hewn out of the limestone. Marie Madeleine was just a child. Now in her late 60’s she was instantly recognisable.

I don’t suppose her books are for everyone. The recipes are not always specific with timings and quantities. Add a little of this or a little of that. Cook until crisp. I love that. That freedom that allows you to discover, take inspiration but not be constrained by a recipe. Those less confident may think otherwise.

I’m re-reading An Omelette and a Glass of Wine. It’s a compilation of articles that she wrote over many years for Vogue, The Spectator, Wine & Food, The Sunday Times among others. 30 years on and it’s still making me smile and transporting me to other places. She ignited my passion for food and I thank her for that.

Last weekend I cooked her Sussex Stewed Steak. An rather old-fashined recipe with few ingredients it turns even the humblest piece of beef into something rather scrumptious.

In later life she had a reputation for being erascible and difficult. One thing’s for sure – she didn’t suffer fools gladly and was frequently irritated in restaurants when the wine waiter brought her a half bottle of the wine she had ordered, assuming incorrectly that she didn’t quite understand how big a bottle was.

A women after my own heart.