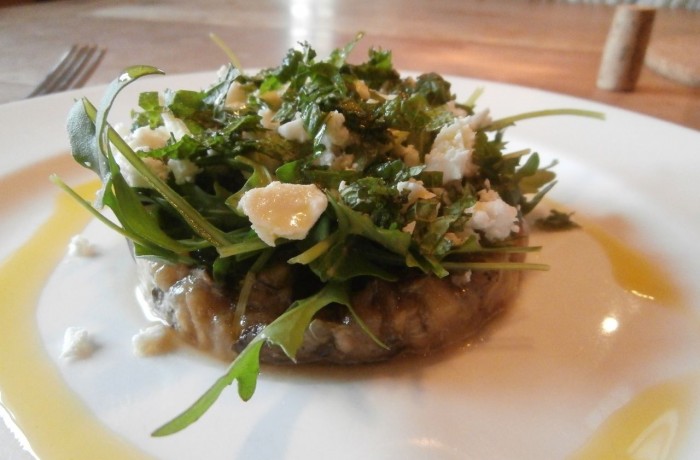 Nigel made this starter last night which was light and tasty and full of flavour.  You will need (for 2 people):

Brush the aubergine with olive oil, drizzle a little on the unpeeled garlic and roast in a hot oven until soft and brown.

Cool, peel the garlic and then roughly chop the aubergine with the garlic, season and arrange a scoop on the plate

Add a pile of crunchy roquette on the top, crumble on some feta and sprinkle over some chopped mint

This is an adaptation of a recipe that we found.  The original didn’t have feta but had a layer of Greek yoghurt under the aubergine.  You could add freshly chopped coriander and some cumin with the aubergine and garlic would be good too.