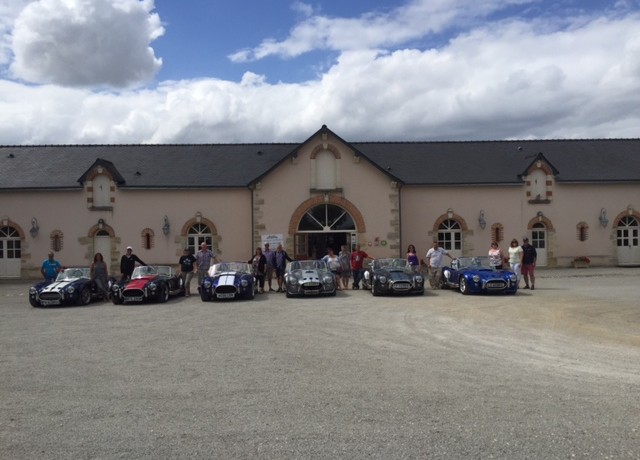 We had a great day out with a group of sixteen classic car enthusiasts. We started our wine discovery day at the Château de Pimpéan with the owner Maryse Tugendhat where we had a look around the Château which was built in the early part of the fifteenth century. In the château we enjoyed a Crémant de Loire followed by three different wines from the Anjou Saumur region.

The first was a Savennieres  an “appellation d’origine controlée” (AOC) from the north of the Loire, called La Croix Picot. For this appellation, only Chenin blanc is authorised and the rules of production are very strict.

The second was a 2010 AOC Anjou Rouge from Château de Pimpéan called Cuvée Passion, a 100% Cabernet Franc from limestone soil.

The last was a 2011 AOC Anjou Villages Brissac called Rocca Nigra. A 100% Cabernet Sauvignon, fermented and aged in tank following a long maceration.

Having tasted these wines, we made our way to Château de Fesles in Thouarcé where we had a delightful 4 course lunch. We enjoyed a 2011 Bonnezeaux as an aperitif followed by the chateau’s Anjou Blanc 2011, AnjouRouge 2015 and the 2010 Bonnezeaux with our dessert. 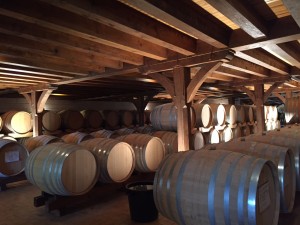 The aging barrels of the Château de Fesles

We finished our day with a walk in the vineyards with the wine-maker Gilles Bigot. We took the time to talk about the vineyard and the different pruning techniques and then a last glass of Rosé d’Anjou refreshed everyone before our group drove of in their open top cars! 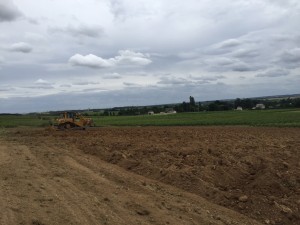 The beautiful vineyards on a slightly cloudy day.