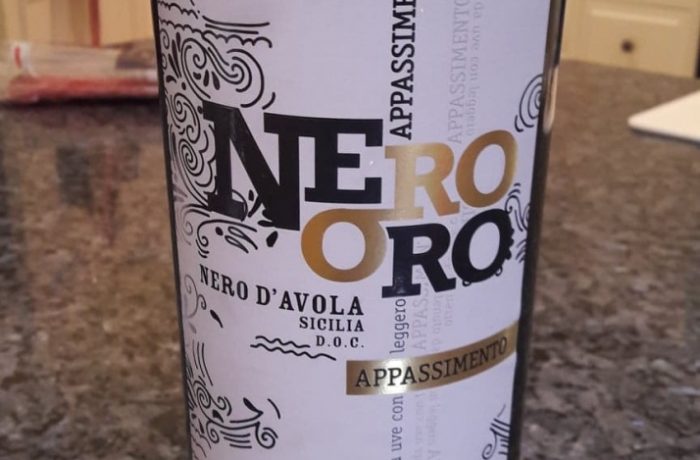 I blame Dad. It’s his fault. He shouldn’t have suggested we decant that 1977 port.

I have a slightly thick head this morning due to overindulgence. I admit it. I had a sherry before dinner, some 2002 Chambolle Musigny with dinner, and a rather large glass of vintage port after dinner.

It was a good evening though. We all enjoyed sitting around the kitchen table like we used to putting the world right (or not).

Today I’m on spaghetti bolognaise duty. Making a big batch so there’ll be plenty to freeze. Dad and I found a magnum of Nero d’Avola in the cupboard so I’ve opened that (for cooking purposes you understand) and we’ll drink the remainder over the next couple of days. I had a taste before I popped a couple of glasses into the ragout (just to check it was ok). Rather delicious. That will go nicely with tonight’s dinner.

Linda came today. She’s been helping M and D out in the house for 35 years (feels like a hundred). They tried to do without her during the lockdown but found it very difficult with no help so gave in mid summer and she’s back again helping which is a relief to them and me.

Do you know? Linda hasn’t had a single day off or just not turned up once in 35 years. Not once! It’s incredible. And she’s about 75 herself now!

The front door is left open so she can come in without touching the handles and she wears a mask as she goes about her business. M and D try to give her a wide berth and stay in another room. It’s a bit strange but it seems to work. It just has to be that way at the moment.

Crisis in the house. We’re out of white wine. Probably because I’m here. Dad drinks mostly red and Mum is pretty moderate in her consumption. Add to that, the lush daughter from the Loire and stocks run low pretty quickly.

No problem says Dad. Get on the phone to Nicola at Majestic and get them to deliver a case. So I did. I got the website up on the laptop, chose a nice selection of whites that appealed, phoned Nicola and they’re being delivered tomorrow. Great service.

I ordered things that we can’t find in France – a Gruner Veltliner or two, some Gavi, Clare Valley Riesling plus, a Vouvray from Denis Meunier who is just down the road from us but I’ve never tasted his wines. Oh, plus a Vinho Verde with just 10% alcohol (a win in my book), and some Albariño. Can’t wait.

This evening for dinner I made a load of pork and fennel polpette (posh word for meatballs) with a fresh tomato sauce. Served with rice and Parmesan it was a comforting meal and went really well with the Negro Amaro. Four portions in the freezer too.

Dad’s not normally a rice man. Mash and two veg is normally the order of the day but he reluctantly admitted that the combination was rather good.

Dreadful choice of things to watch on TV. I must be getting old. Such a load of old rubbish most of the time.

I retired to bed with Bill Bryson’s The Body. Fascinating and slightly gruesome stuff.